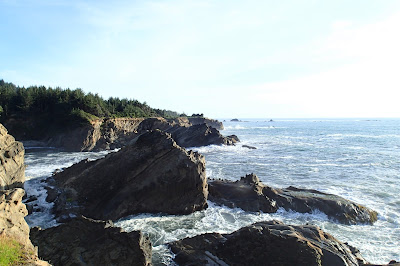 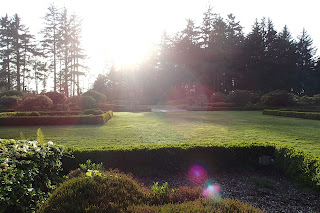 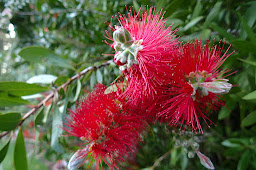 The area we know today as North Bend/Coos Bay has been occupied by humans for centuries. The local Native Americans lived in cedar plank lodges along the rich estuaries long before the arrival of the white people in the early 1850s. It was a wild land, with shifting sands, harsh weather, and a rough river mouth, but self-made Asa Simpson constructed a sawmill in North Bend, and shortly afterward he began building ships at his Coos Bay Shipbuilding Company. He and his brothers developed a string of sawmills and their associated communities, running dozens of ships to move their products. At his death in 1915 his business passed to his son, Louis. Keen on development and expansion, Louis worked hard to promote and build up the area, investing in local businesses and lobbying in Salem for improvements. In 1915, he and his wife Cassandra moved into a mansion on a spectacular bluff south of town. Their Shore Acres estate included an indoor swimming pool and manicured grounds situated on a wild, scenic cape. To the north lay a small, sheltered bay; to the south, a rugged coastline of rocky reefs. Massive waves crashed against the steep cliffs and seals rolled in the surf. Tucked among the clifftop trees, formal gardens showcased specimen plants from around the world.


Sadly, Cassandra died in 1921, and the mansion burned a few months later. Louis remarried, and after living in the gardener's cottage for a time, the family moved into a new mansion. Always planning an ever more spectacular future, Louis could not have foreseen the crash of 1929, followed by the Great Depression. His fortunes and his beautiful home by the sea slipped from his grasp. Sold to the state of Oregon, the house was used briefly during World War II as an Army post, then later razed to the ground.

Today a fully-accessible observation pavilion occupies the site of the mansions. It's easy to see why Louis chose this spot for his showplace home; the views out to sea are unparalleled and the wave watching is never-ending. A trail leads to a tiny, secluded beach, and clifftop paths offer more views over the wide Pacific. 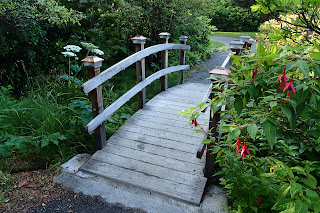 But there is more to discover at Shore Acres State Park. Follow a path into the woods and you will find the Simpsons' gardens, fully restored and flourishing in the shade of both local and exotic trees. A central fountain sings its little tune, backed by the whisper and "shush" of the sea below. Crane statues preside over the Simpson's Japanese garden. Alongside all of this the little gardener's cottage still stands, its lace-hung windows looking out onto year-round blooms. Walk along cliffside trails to see the views that inspired Lewis to construct his home here so many years ago.


If you should journey to Cape Arago, plan to spend at least most of a day. From Highway 101 in Coos Bay, follow the well-marked route through town toward Shore Acres/Cape Arago. When the road swings to the left, note a marker for Louis Simpson's beloved Empire City, once a booming harbor but now a boat launch beside some rotting piers; only a few historic buildings remain. Here you will also find The Hollering Place, where the bay was narrow enough for the local Native Americans on either side to call for a canoe ride across the water. 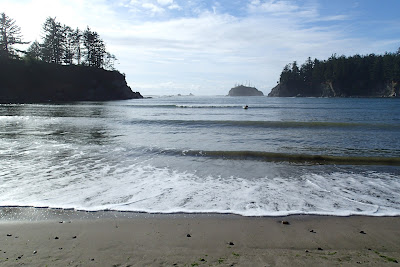 Drive through Charleston, a salty fishing community, and continue to Sunset Bay State Park. To your right you will see a delightful, sheltered bay and tiny beach surrounded by dramatic cliffs. Stop for a picnic or a beach walk. This small bay would be a great place to learn to surf, as a girl was doing at our last visit. Drive northward through the parking lot to access a simple boat ramp onto the beach. Across the road from the bay, the state operates an excellent campground. A trail leads up over the wooded point; click here for a map of the roads and trails on the cape.

Driving on up the hill, Shore Acres is on your right. There is a parking fee charged, but any State Parks permit will suffice, or, better yet, use your campground tag. If all else fails, pay the fee; it's more than worth it. Take your time strolling through the gardens, photographing the views, and exploring the grounds. Plant lists are available for armchair botanists or the merely curious. If the greenhouse is open, take a peek at the lushly blooming container plants inside. There is a gazebo for weddings, and from time to time it is even possible to tour the humble gardener's cottage where the Simpsons lived while their fancy new mansion was being built. 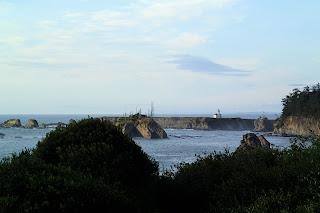 Continuing from Shore Acres, watch for a pullout with a rare view of the Cape Arago Lighthouse. This long-decommissioned beacon on its storm-ravaged little island has been handed over to the Confederated Tribes. Known as Chief's Island to the Coos people, this piece of the Oregon shore is not accessible to the public, so photographers have to be content with these glimpses through the trees. 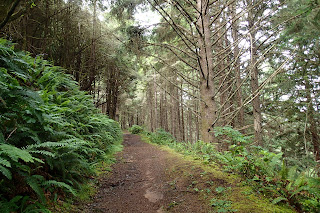 Watch for another pullout across from a hiking trail that follows an old pack road up the hill through thick coastal forest. Hidden in the trees lies an abandoned World War II bunker. These concrete remains have been heavily coated in graffiti, but the walls still stand as a silent reminder of the soldiers who guarded our misty coastland during a time of war. 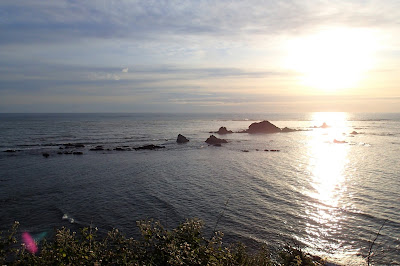 Further up the road you will find accessible parking and picnic tables above Simpson Reef, an incredibly diverse intertidal area. Here you can look for four species of seals and sea lions, resident grey whales, migrating blue and killer whales, and a wide variety of sea birds. Binoculars are very helpful for spotting the offshore wildlife. Follow the road to its terminus at the end of the cape for more views of the reef and the rugged coastline. A new viewing platform is almost accessible; a wide, barrier-free path leads to a few stairs onto the platform. From here, the road loops back around and heads toward Shore Acres again. 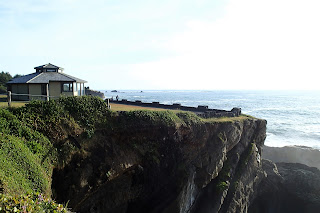 Cape Arago makes a great stop along the way; better yet, book a spot at the campground and stay a few days. Spend some time discovering both native and white history on a forested bluff that has faced weather and waves for centuries. Find a few of the many creatures who have lived along this wild coast for millennia. Drive out through the old harbor town, past the Hollering Place, to the tiny bay and the rocky cape that the Simpsons called home. 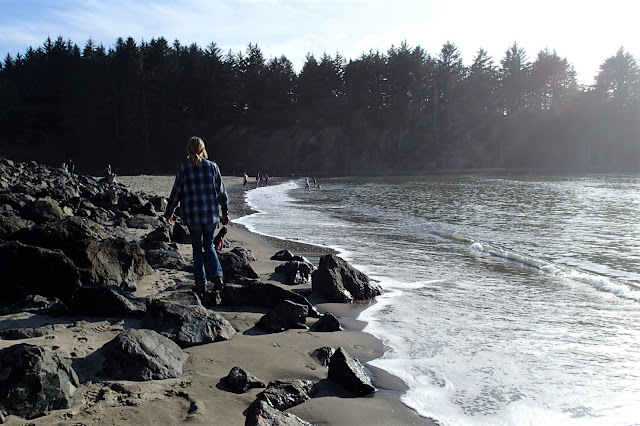 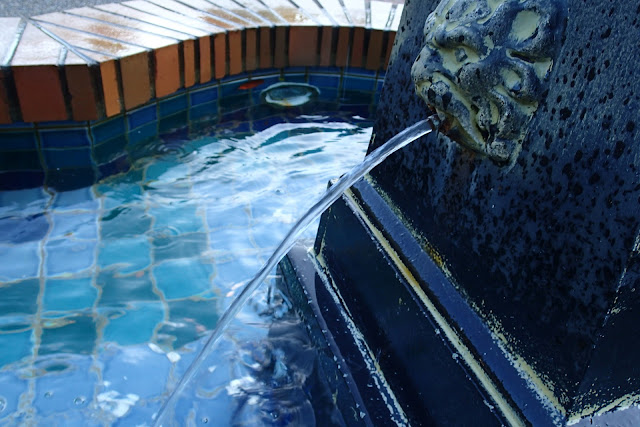 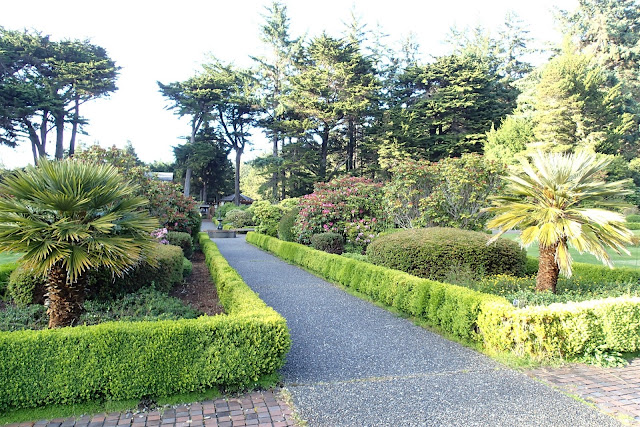 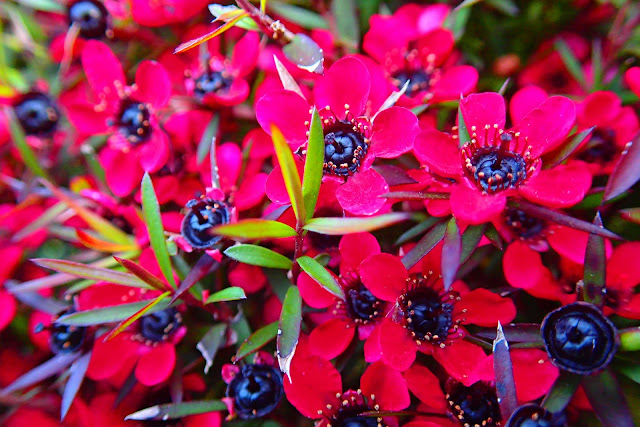 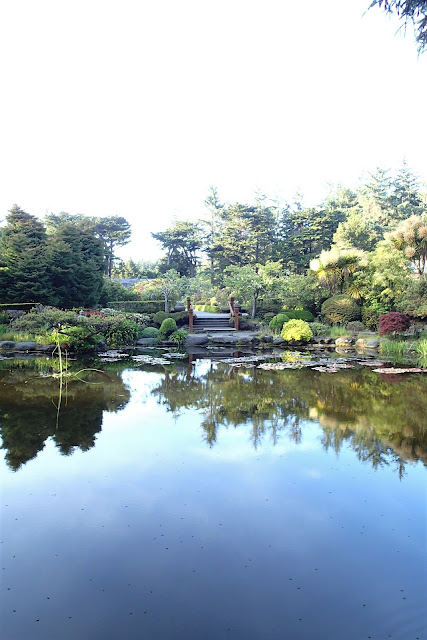 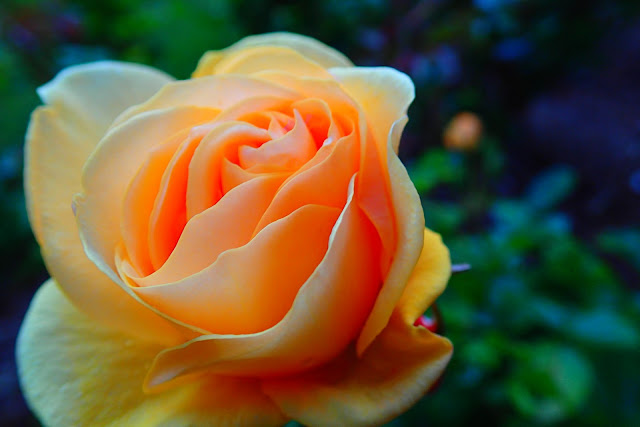 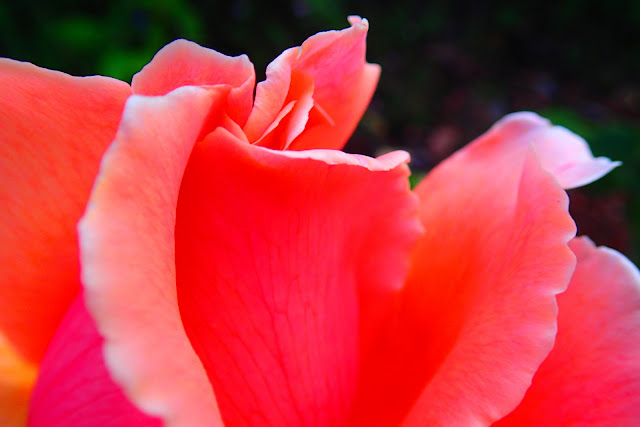 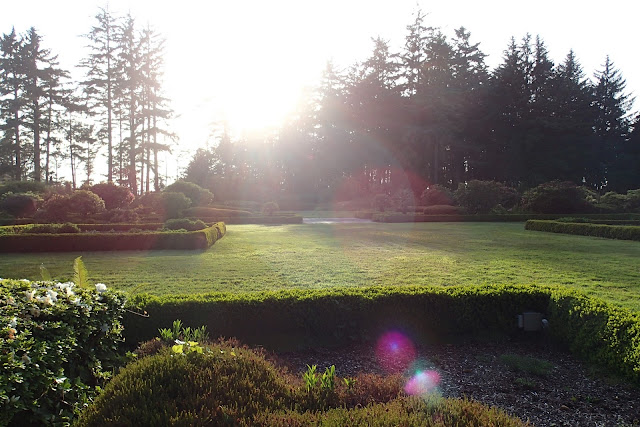 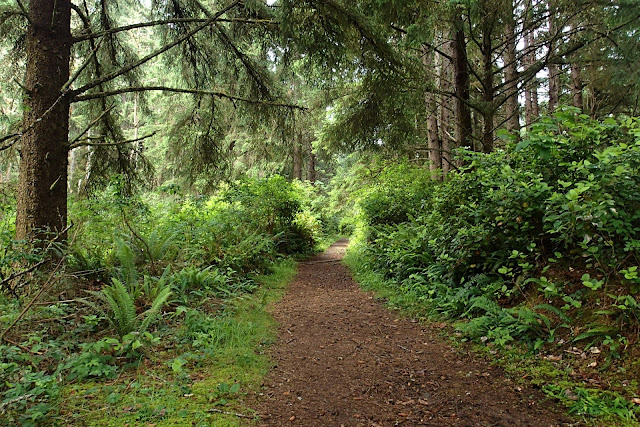 Posted by Sally Gosen Case at 6:08 PM No comments: