By the Mouth of the Quick Sand: Sandy River Delta Park 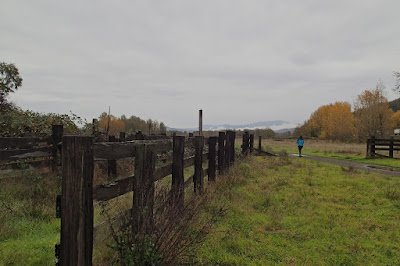 Motorists heading out of Portland on I-84 speed past a wide, open meadow backed by a lovely woodland. In this area of airports, asphalt, and industry, the sudden, incongruous pastoral scene is accented by a rustic wooden corral. 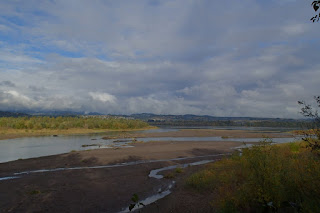 The freeway-flanked meadow was, indeed, a verdant pasture for many years. This area was also the site of an aluminum plant which changed the post-depression economic climate of the nearby towns of Troutdale and Gresham. Lewis and Clark explored here while camped at what is now Lewis and Clark State Park. Mt. Hood had erupted just a few years before, sending quantities of ashy sediment down the river and forming a delta at its confluence with the Columbia. Clark noted the sticky, coarse sediment of the river bottom in 1805, naming this the "Quick Sand River" (later shortened to "Sandy"). The silty sand of the delta provides a frequently changing maze of sandbars and small, braided waterways. 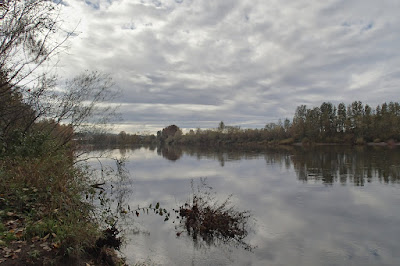 At the time of Lewis and Clark's visit the Sandy had two mouths, with an island tucked between the two channels and the Columbia. In the 1930s a dam was built across the upper channel in an effort to improve fish runs in the river. The channel filled with silt and Sundial Island became accessible to foot traffic. In 1941 the Alcoa Aluminum Plant was built. By the end of the 1900s, though, the business was in serious decline due to increasing energy costs and lawsuits over its fluoride emissions. Demolition of the plant began in 2003, followed by an environmental cleanup project. 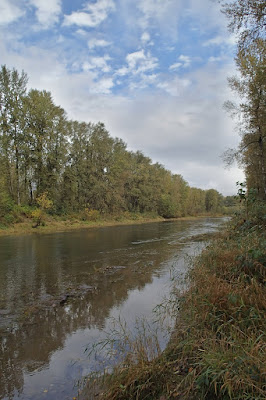 For many years the meadows, forests, and marshes of the delta were known to locals as "Thousand Acres Dog Park." Acquired by the Forest Service in 1991, this park (now actually 1400 acres) has gradually been returned to its original appearance with the re-establishment of wetlands, removal of invasive plant species, and replanting of native plants. Now accessible by foot, wheelchair, bicycle, or horse, this wild place beside I-84 has again become an expansive home for birds and other wildlife. In 2013, the dam across the upper river channel was removed...to improve fish runs. A pilot channel through the accumulated silt introduced flowing water back into the old channel, and the river worked as rivers will. Three years later, the upper channel flows strongly, looking as though nothing had ever happened. Ducks, geese, and mergansers paddle the water that begins high on Mt. Hood and joins the Columbia on its way to the ocean. 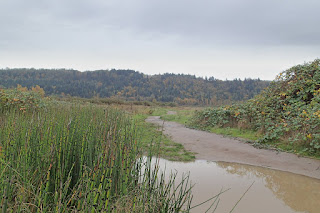 Sandy River Delta is still a dog park enjoyed by multitudes of exuberant, leash-free canines. At the same time it is a haven for birds, who relish the return of marshes and natural meadow land; Northwest Birding provides a thorough list of birds sighted in the park. About a third of the park has been set aside for wildlife, and a rustic fence marks the boundary.

To find the park from I-84, take Exit 18 and turn north, following signs to the parking area. There is also a road along the Sandy River from Lewis and Clark State Park. Be aware of the leash-required zones; the Forest Service site has an excellent overview of the park, as well as an aerial photograph of the delta. The Friends of the Sandy River Delta have a very informative site that can answer any questions a visitor may have. 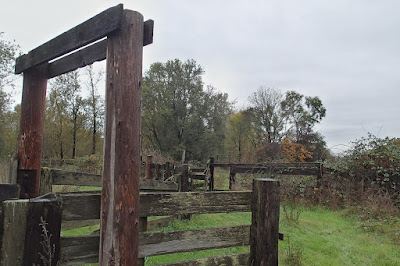 The large parking lot has room for horse trailers as well as hitching posts. Restrooms and picnic tables are provided among the cottonwoods. The picturesque old corral is tucked between the parking lot and I-84. Several trails lead toward the bird blind; the most direct route is the accessible Confluence Trail (please be courteous and keep dogs on leashes on this trail). The blind is artistic and modern-looking and definitely worth a visit, but visibility is limited by the slats, making photography and the use of binoculars cumbersome. It's worth noting that we saw countless birds on our last visit, but none from the blind. 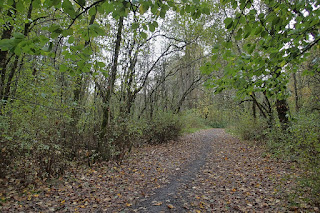 To find a variety of songbirds, follow the Boundary and Meadow Trails through the fields. The Ranch Dike Trail leads through a cottonwood grove, and the Old Channel Trail wanders near the old/new upper river channel. Watch for access trails to the river, where ecstatic dogs pursue sticks flung into the water. The old 1000 Acres Road is still a lovely walk, but don't believe outdated maps; with the dam gone, there is no longer foot access to Sundial Island. 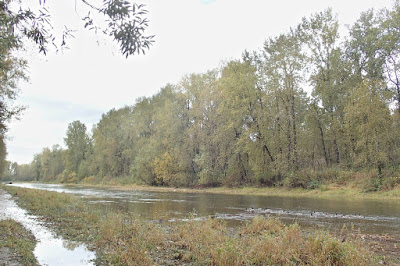 While this park offers a quick hike on your way out of Portland, we have spent many hours exploring the trails and bird watching. It's especially pretty in the fall, when the light is soft on the falling leaves. So take Exit 18. Spend a little time where Lewis and Clark explored a new delta and where workers smelted aluminum for World War II. Let your kids ride their bikes while your dogs run through the mud. Watch golden-crowned sparrows flit over the marshy grassland where nature is quickly healing herself alongside the freeway. 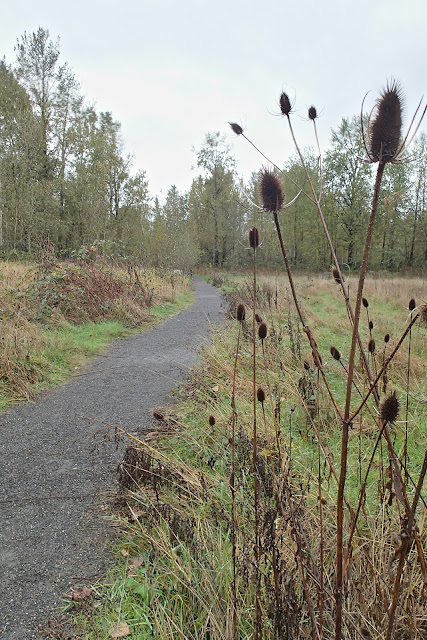 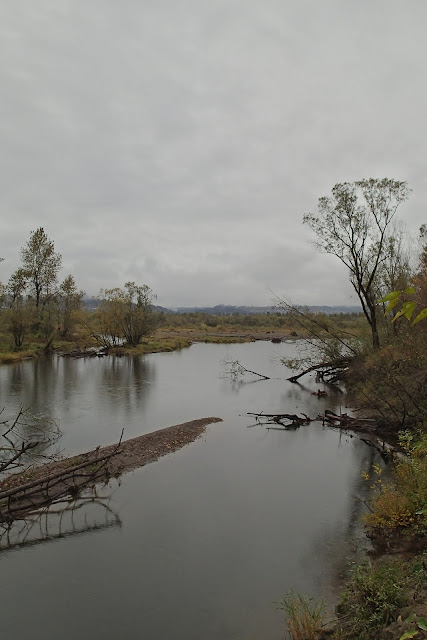 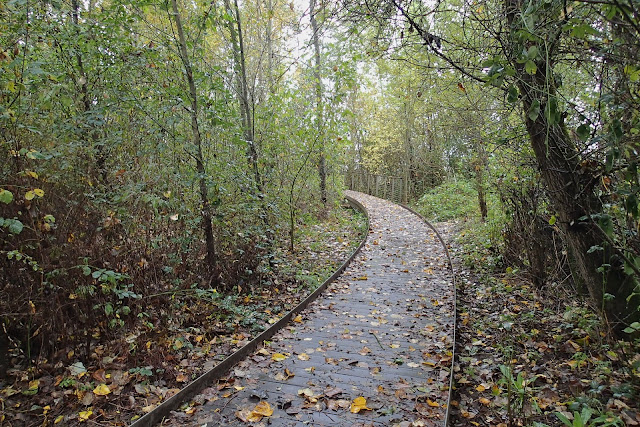 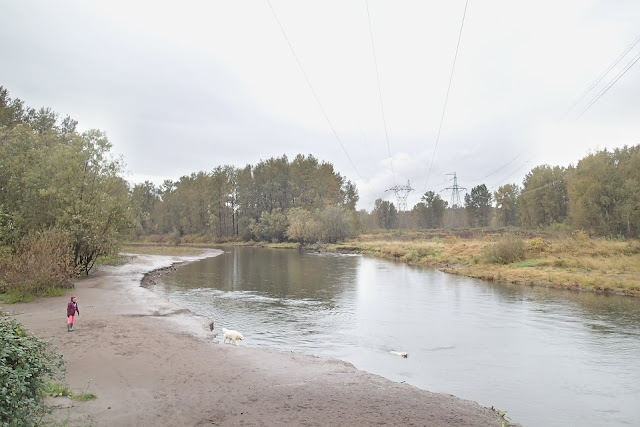 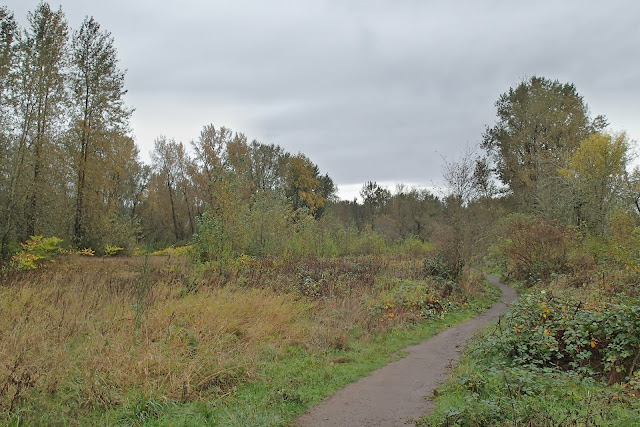 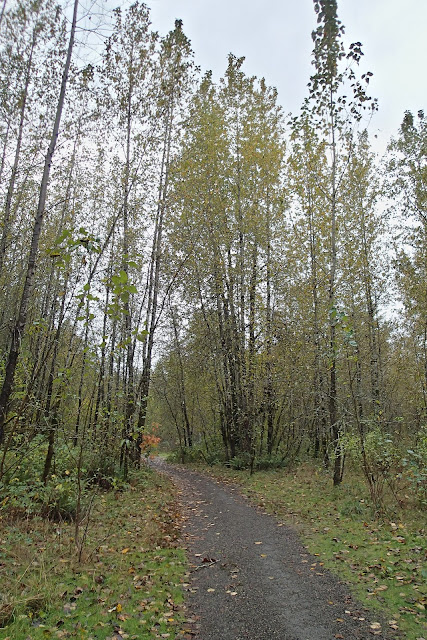 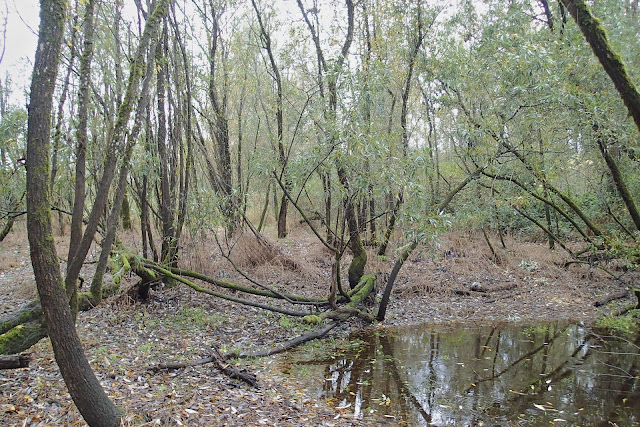 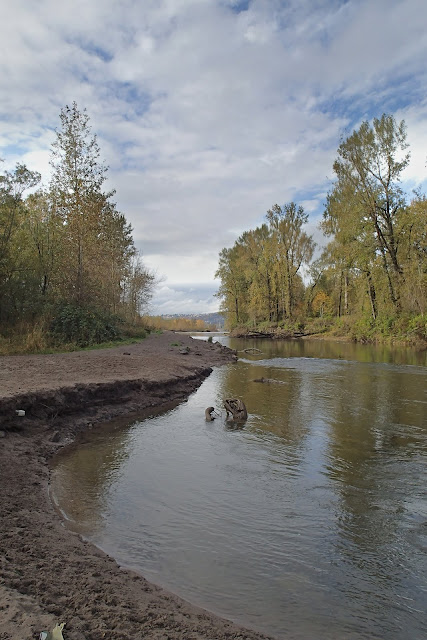 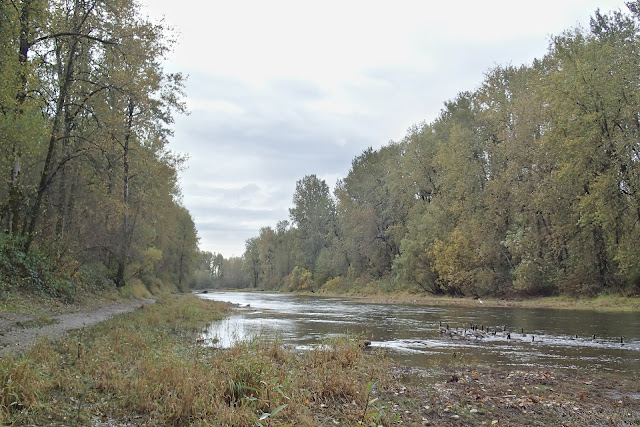 Posted by Sally Gosen Case at 10:40 PM No comments: