Henry Pittock arrived in theisolated, muddy community known as Portland in 1853. A teenager without a cent to his name, he took a job with a small newspaper in return for room and board. Henry gradually took on more responsibilities with the Weekly Oregonian until its owner left town in 1860, leaving the company to Henry as payment for his debts. A shrewd and cautious businessman, Henry began publishing daily while vigorously promoting his newspaper, which continues today as the largest newspaper in Oregon.

Georgiana Burton traveled the Oregon Trail at the age of nine. She married Henry, then a young typesetter, when she was fifteen. She loved flowers and enjoyed putting on small rose exhibits with her friends, which gradually became the Portland Rose Festival. She was a suffragette and a noted philanthropist, founding several charities to aid women, children, and the elderly. 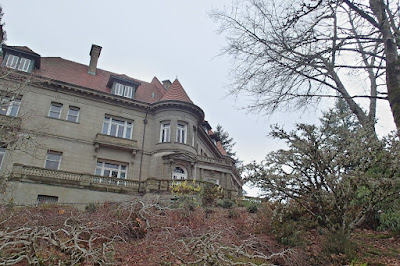 The Pittocks' fortunes ebbed and flowed, but over time they became wealthy pillars of the community they had worked so industriously to promote. The mansion that bears their name was built in 1914, when muddy little Stumptown was taking its place as a thriving modern city. The house was a showplace of the latest technology, with thermostat-controlled central heating, a central vacuum system, a refrigeration room, and both electric and gas lighting. Due to a twist of fate, the house is also wheelchair-accessible. As construction was drawing to a close, Georgiana suffered a debilitating stroke. The difficulty of transporting her wheelchair from one level to the next was solved with an innovative new machine: the Otis elevator. Today, visitors in wheelchairs access the mansion the way Georgiana did, using her 1914 elevator.

Rescued from demolition in the mid-1900s, the mansion opens its doors to the public nearly every day of the year, but arguably the best time to visit is in December. Christmas was a far simpler holiday during the Pittock's tenure here; they likely would be surprised at the over-the-top displays we see today, but their mansion shines its brightest when decorated for the holidays. Each year brings a different theme; this year (2017) is "A Very Portland Christmas." Tour the Pittock's home, enjoy the holiday decor, and learn a little of Portland's history. 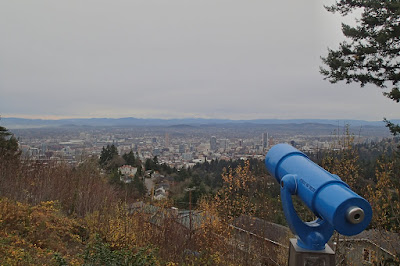 Today, the mansion crowns a 46-acre city park. This partially-landscaped setting is a worthwhile destination in itself, with walkways, lovely plantings, and mature trees (admission is charged to tour the mansion, but the park itself is free). The garden offers a bird's-eye view of downtown Portland, and on a clear day it's possible to see Mt. St. Helens, Mt. Ranier, Mt. Adams, Mt. Hood, and Mt. Jefferson. The industrial area to the north was the site of the 1905 World's Fair/Lewis and Clark Exposition, designed to promote Portland and attract business to the area. Its lake was later drained and warehouses were built.

Be sure to see if the Gate Lodge is open for a self-guided tour. James Skene, the estate's steward, lived here with his wife, Marjory, for many years. James managed a wide variety of tasks for the Pittocks; he even cleared snow from the roadways using a blade attached to his Packard. The Skenes raised their daughter, Marjorie, in this little house tucked on the hillside below the mansion. Its narrow rooms and simple decor illustrate the differences between the working folks and the upper classes of the day. 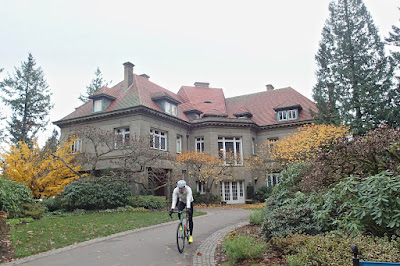 Pittock Mansion is easy to find; a small, well-marked street branches off of West Burnside as you head from downtown Portland toward Beaverton (click here for a map and FAQs). The parking lot is small, but friendly volunteers do their best to manage the holiday crowd. It's also possible to take TriMet bus #20 out Burnside and walk up to the mansion. Better yet, hike to the mansion, either through the woods on the Lower Macleay and Wildwood Trails or through the city, starting in the Pearl District. 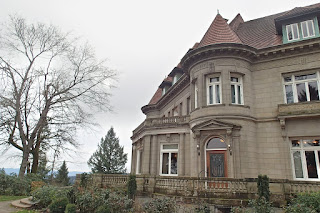 The Pittocks were devoted to their city, and their legacy is threaded through Portland's history. The lavish holiday display in their former home has long been a Christmas tradition for many Oregonians. Meanwhile, the newspaper presses keep turning and the roses sleep through the cold winter, waiting for another spring. 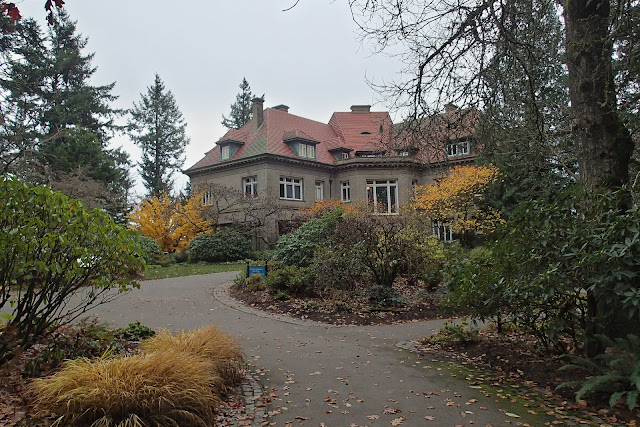 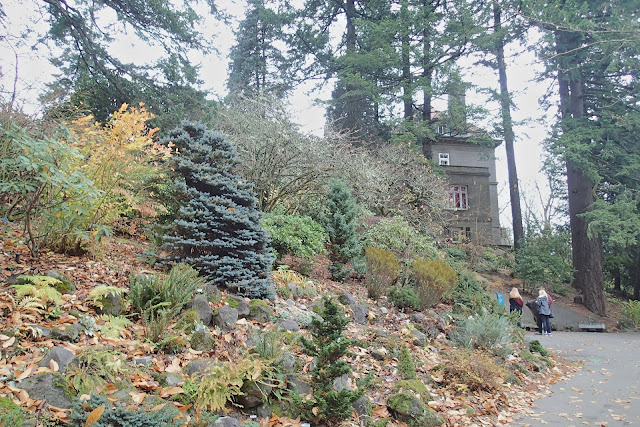 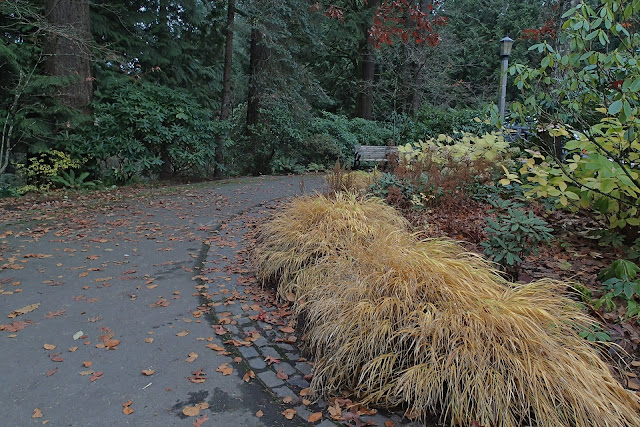 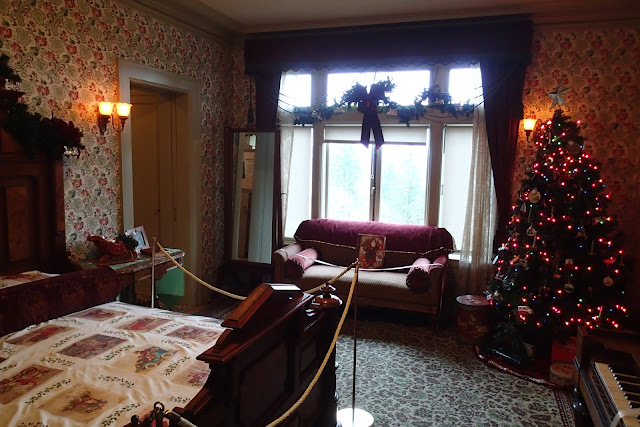 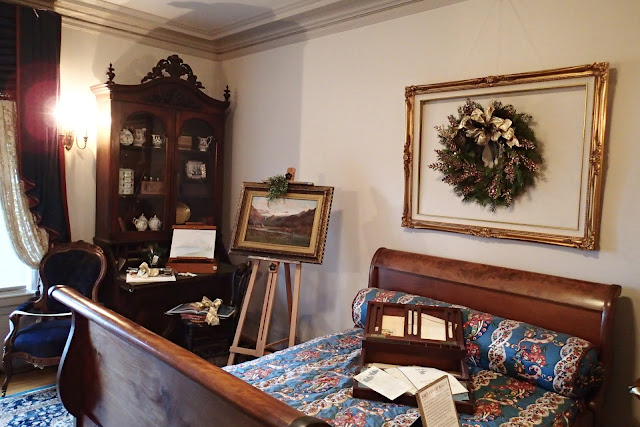 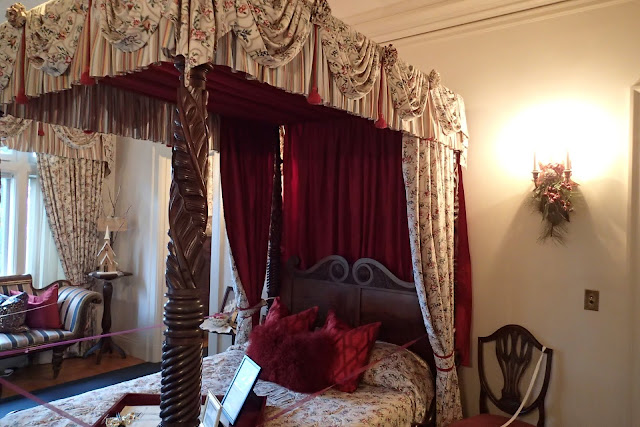 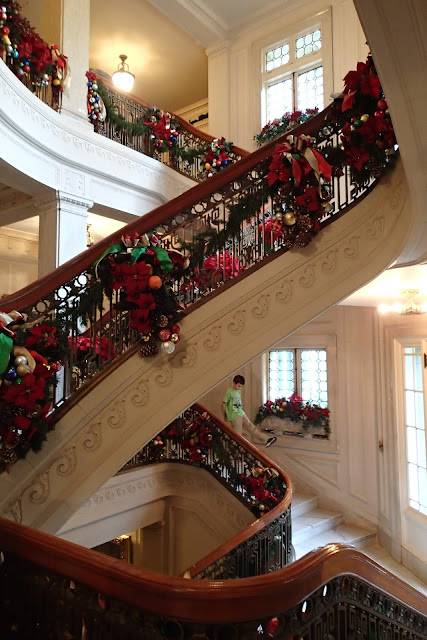 Posted by Sally Gosen Case at 7:02 PM No comments: