Bayocean: The Dream the Sea Swallowed

It was the place to be.

First conceived in 1906, Bayocean was planned as the West's version of Atlantic City. It was built on a slender finger of land pointing across Tillamook Bay toward the growing town of Garibaldi. Forested Bayocean Spit seemed like solid enough ground, and the views from this real estate, lying between ocean and bay, were unparalleled.

Homes and a town were built. A hotel, a bowling alley, a general store, and a bakery served residents and visitors. In addition to telephone service and city lights, Bayocean boasted its own post office and even its own railroad.

The devastation began subtly, as such things often do. An inkling of erosion. Then a little more. The reality was that, in spite of its apparent solidity, Bayocean Spit was nothing but sand. The hotel's natatorium was lost by 1932. By 1949, more than 20 homes had been lost to the sea. Then, in the winter of 1952, the ocean tore a half-mile-long breach out of the spit, leaving the remnant as a small island.

The connecting dike we see today was built in 1956, but Bayocean, or what was left of it, was a ghost town. In the winter of 1960, the last house slipped into its watery grave. Only five homes were moved onto the mainland; the rest were lost. 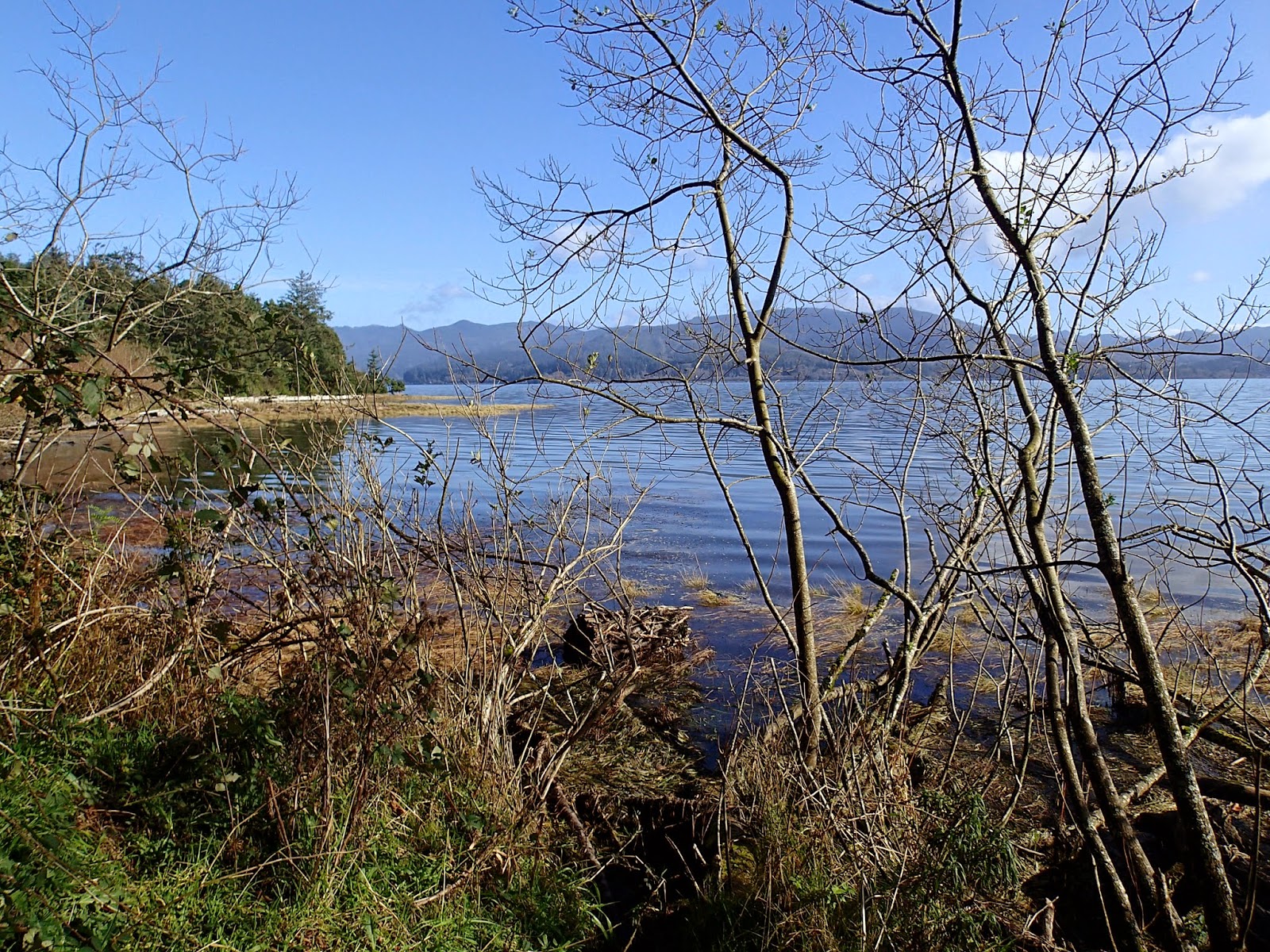 The Bayocean we know now is an outstanding natural area. I stop by on a warm autumn morning for a short walk. Coots bumble about in the water and ospreys wheel overhead as I follow the edge of the bay. I have seen this water as flat as a mirror, and I have seen it pound the dike with foamy fists. Today it is gently rolling, feeling a hint of a breeze. My short walk is growing longer. 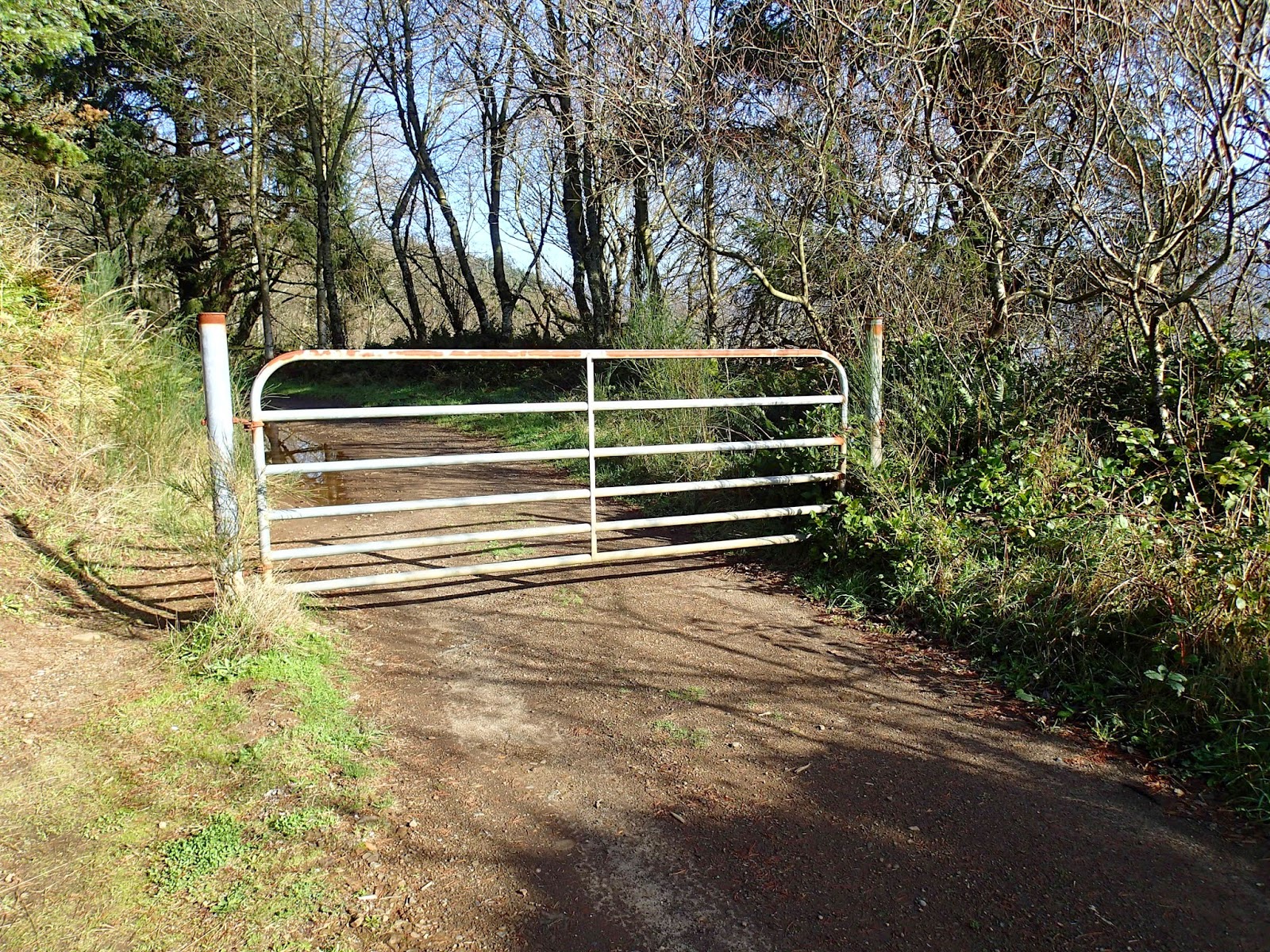 After a time, I come to a metal gate. This is where things start to get a little grey. Beyond the gate, parts of Bayocean are still private property. We walk respectfully here; we are walking on someone's lost dream.

I continue through the woods, my footprints joining those of dogs, deer, elk, and other hikers, as well as mountain bike tracks. I rejoin the bay further on, where it kisses the shore with a soft shush. The sun is smiling on this November day. I take off my coat and breathe the salty air. Looking back at the wooded hill, I suspect that someone could talk me into building a house here.

Exploring Bayocean
To find the spit, turn towards Netarts on Highway 131 in downtown Tillamook. Yes, it is just a city street which becomes residential after a few blocks, but it quickly heads out of town. Watch for a right turn onto Bayocean Road. Follow the narrow road along the bay. You will see the spit well ahead of time. Turn right onto the dike just before a sign explaining the history of this area. One side note: when this dike was built, it created a freshwater lake between the ocean and the bay. Known as Cape Meares Lake, it supports a wide variety of wildlife and will be the subject of a future post.

Follow the dike road to a parking area. Pick up the road beyond the barricade and walk along the bay. This road may be accessible for the intrepid wheelchair user as far as the gate; it is gravel over packed sand, generously sprinkled with large potholes, but they can be avoided. All along the road hikers will find trails to the left that lead over the spit to the ocean beach. This makes it possible to hike in a loop of any desired distance, following the bay and then coming back on the beach. Past the gate, these side trails are marked with signs. Energetic hikers can walk all the way to the tip and then back on the beach for a hike of about nine miles. Please use caution near the jetty. 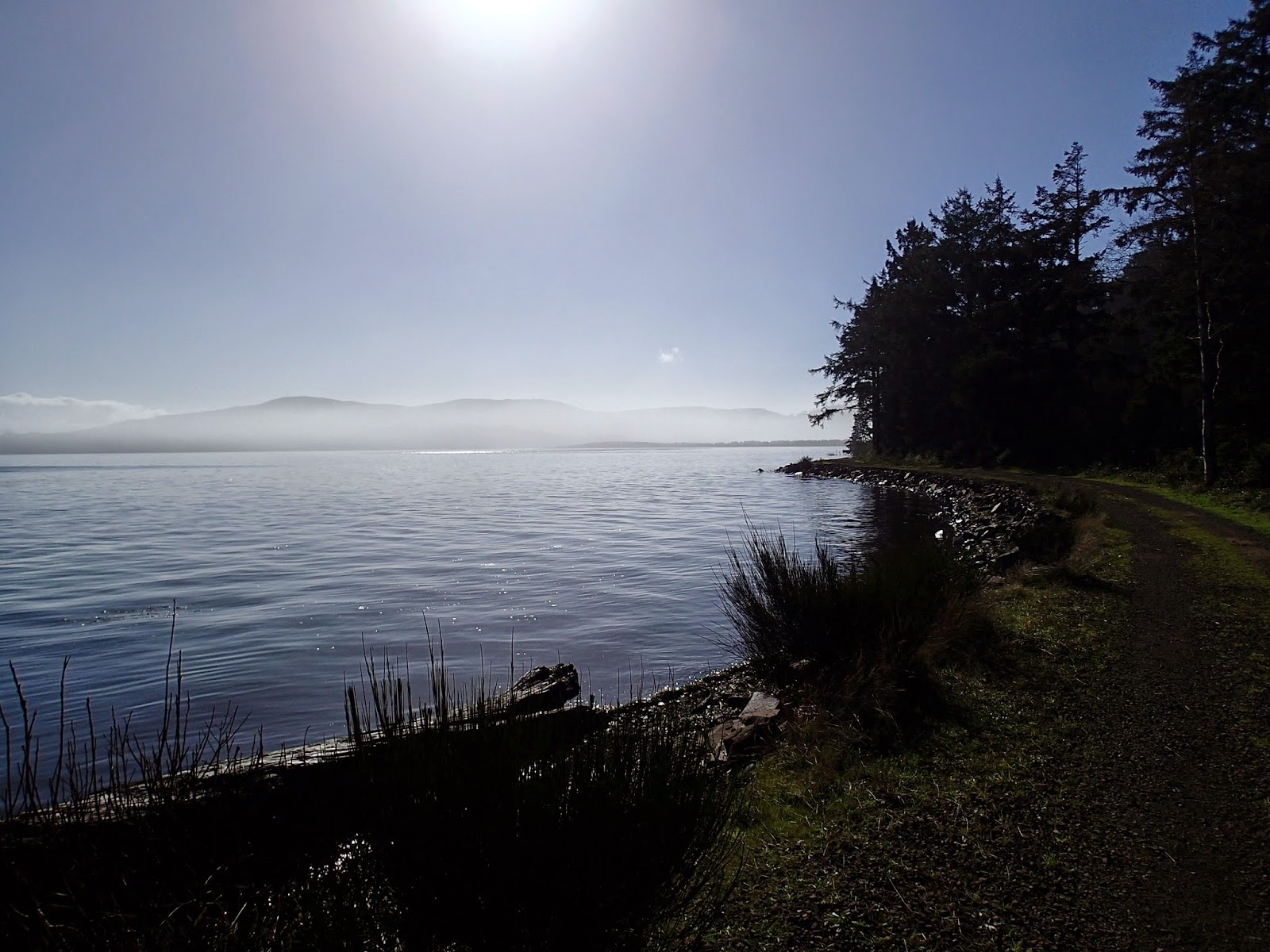 .This is also an excellent route for biking, with very little elevation gain. Of course, bicyclists who like their bikes will want to return on the road to avoid the loose beach sand. Even then, it is always a good idea to thoroughly wash and lube any bicycle that has had contact with salty sand.

Camping at Bayocean?
Now this is where things get very grey. If you go to the end of the spit, you will see several primitive but lovely camp sites. Unfortunately, there is no safe, legal place to park overnight near the spit. In fact, there is a "no camping" sign at the parking lot. So what's the story?

It goes back to Bayocean's history. Part of the spit is still private property. Yes, there are campsites. Yes, they are perfect (assuming you aren't expecting showers, or even fresh water). Yes, if you can figure out how, you can camp there. Most campers boat in from Garibaldi (use caution on this bay; more on that in a future post). It is also possible to bike out from Tillamook, but use extreme caution on Bayocean Road. It is narrow and winding, and in places the shoulders drop abruptly into the bay.

If that all seems like too much trouble, Tillamook County Parks operates a large, year-round campground at Barview Jetty, just north of Garibaldi. Not only is this campground near a peaceful beach, it is set against the northern jetty of Tillamook bay, offering fishing and spectacular wave watching.

Another excellent option is Cape Lookout. This beautiful beachside campground offers a variety of sites year-round, as well as cabins and yurts. A spit at the north end of the campground makes a pleasant walk along Netarts Bay, and a trail at the south end climbs Cape Lookout. To reach the park, return on Bayocean Road to Highway 131 and turn right. You will drive through forested hills to Netarts and the Three Capes Scenic Route, which runs right by the park. This detour is necessary because of slide activity on one section of the Scenic Route, but the remainder is a worthwhile drive. You can learn more about the road closure here.

For more information, the book, Bayocean: The Oregon Town that Fell Into the Sea by Bert Webber is an excellent history of the area and an entertaining read. 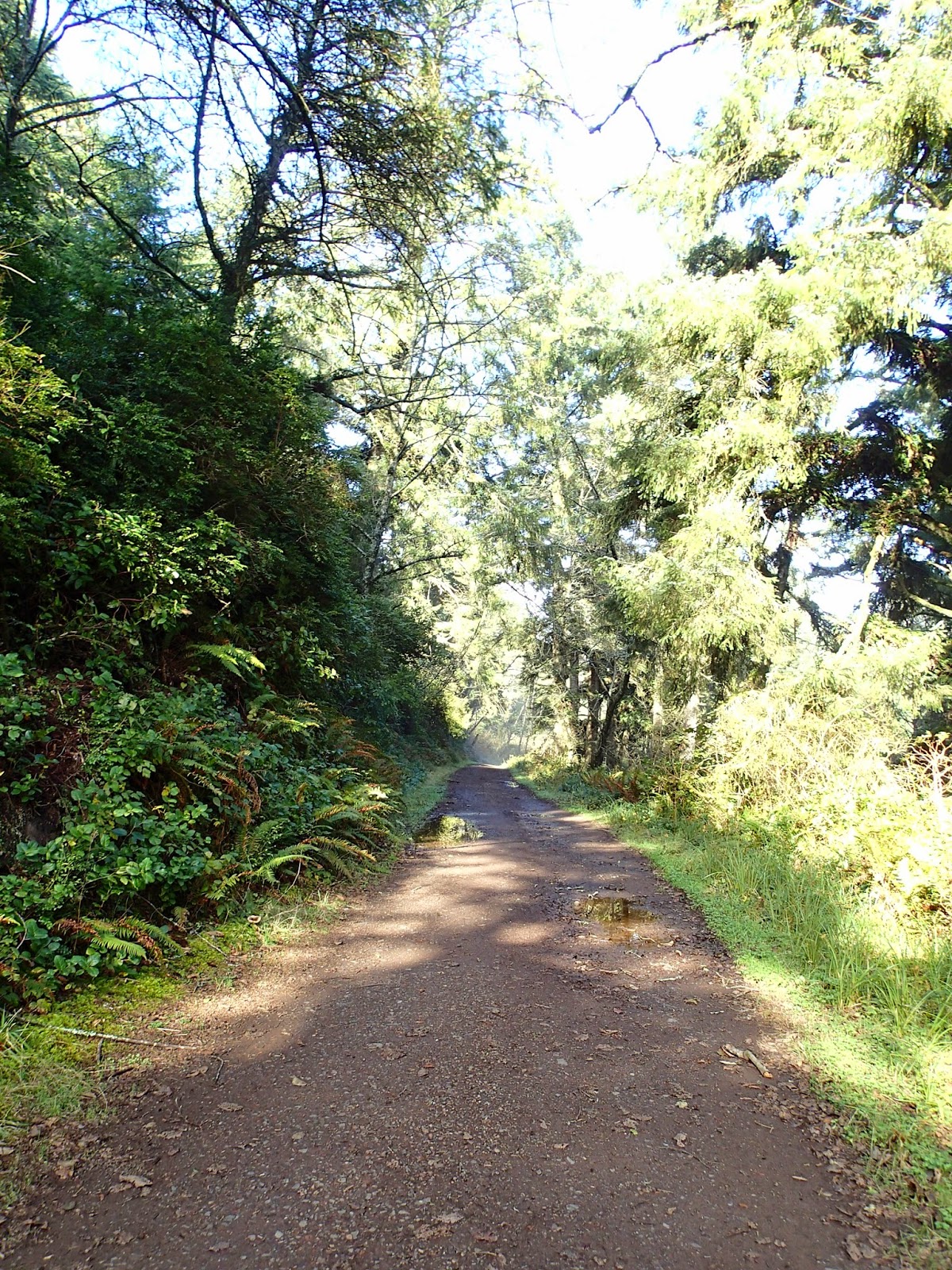