Christmas in the City: The Grotto 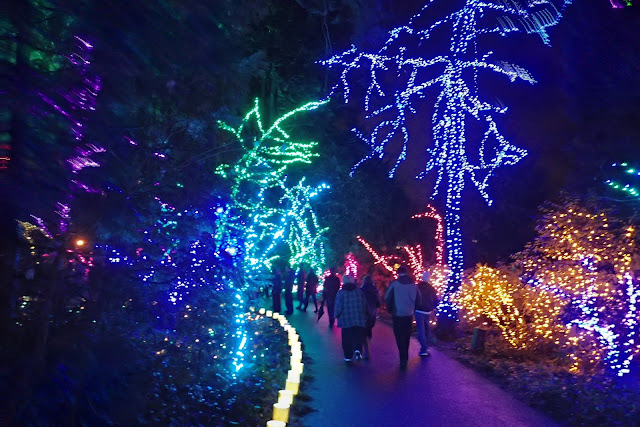 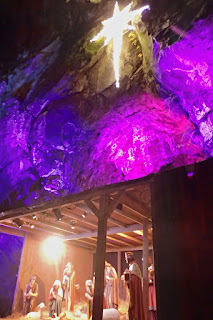 Our story begins in a brush-snarled former quarry in the year 1923. Father Ambrose Mayer viewed the acreage with its 110-foot cliff and offered all the money he owned as a down payment. Supported by donations from near and far, he began the property's transformation. Brush was cleared, gardens were platted, and a large cave was carved into the cliffside. In 1924, the first Catholic mass was held at The Grotto, which Father Mayer built in honor of Mary, the mother of Jesus. 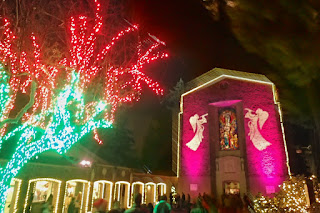 It would seem especially appropriate, then, to celebrate Christmas in this Garden; in fact, a centerpiece of the display is a beautiful life-sized nativity scene set in front of the namesake Grotto. Angels glow on the cliff above, and the entire lower garden is lit by over 500,000 lights placed by an army of volunteers.

Mittened and booted visitors wander through the light display and listen to carolers. The plaza area also offers puppet shows, live animals, and a gift shop. When the Northwest drizzle sets in, though, the place to be is in the 400-seat chapel. Renowned for its acoustics, this sanctuary hosts five concerts each evening of the Christmas season.

This display has been a Portland family tradition for decades, so plan on finding a crowd. The unassuming Northeast neighborhood doesn't seem to know what hit it, and the small parking lot fills quickly. Click here for a map, as well as directions, schedules, ticket prices, and general information. If the lot is full, look for parking in a nearby side street, or avoid the parking issue entirely by taking TriMet bus # 12 or 71. Please note that while the garden is accessible, the ground is uneven in places and most of the paths are lit only by Christmas lights. 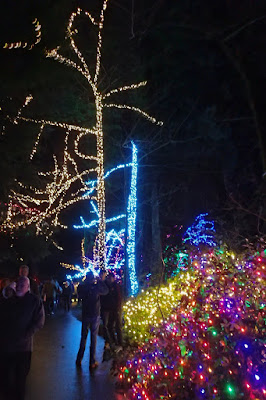 While The Grotto is a Catholic shrine, everyone is welcome here. Don't hesitate to visit this beautiful garden at any time of the year. As Archbishop Alexander Christie declared at The Grotto's opening mass:

"Let this be a sanctuary of peace for all peoples of the earth, and surely in this day a sanctuary is needed. Torn with differences, strife, and grief, the world needs sanctuary where the human spirit can seek peace and consolation." 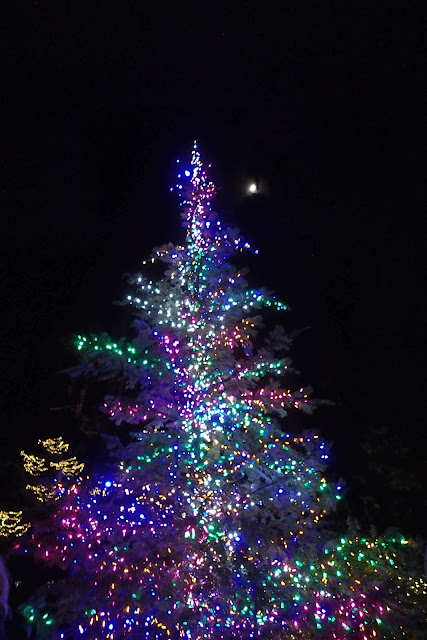 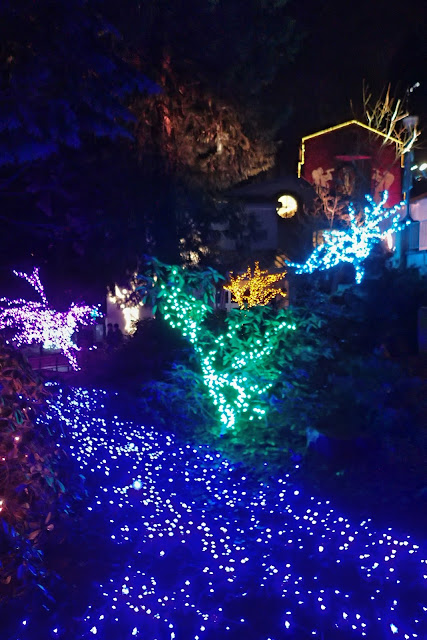 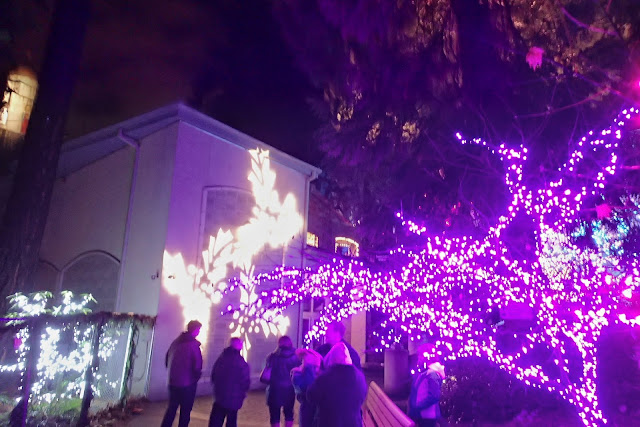 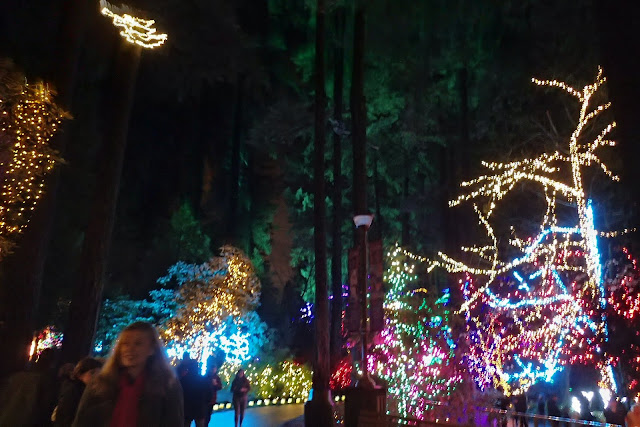 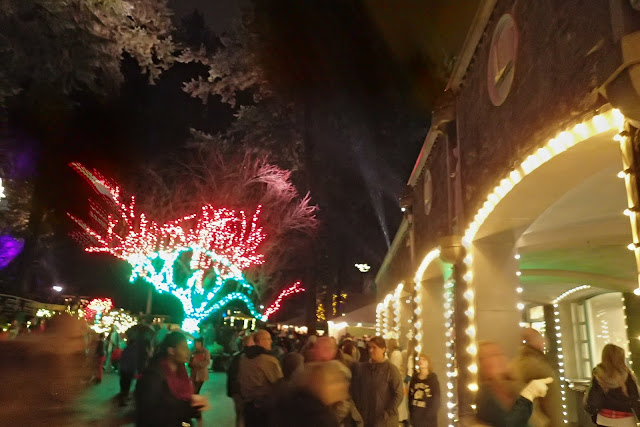 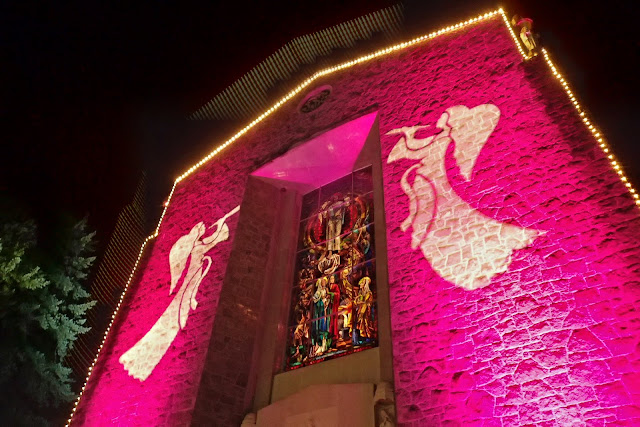 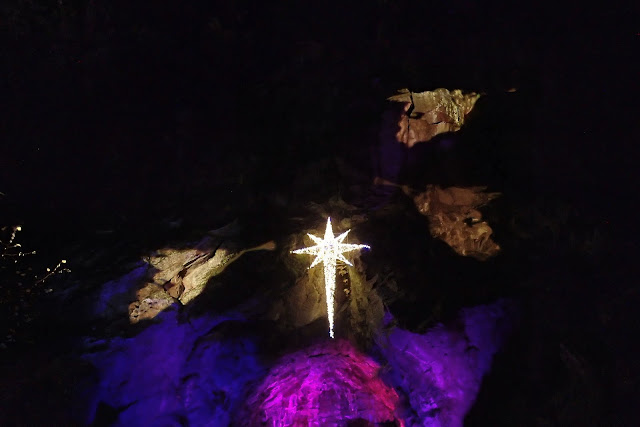 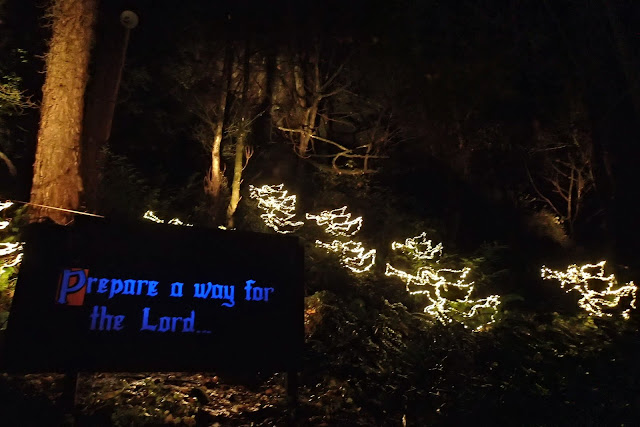