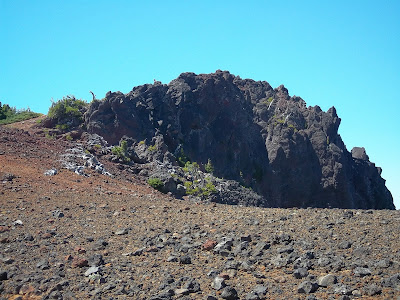 I avoided this hike for years. Driving the Old McKenzie Pass (Highway 242), I eyed the looming mound with its misshapen summit and thought, "Three miles? To climb THAT? I'm no mountaineer, sorry."

Finally, in a fit of optimism (or maybe it was something I ate), I laced into my sturdiest boots and drove toward the lava-cloaked summit of Highway 242 (open mid-June into October). The trailhead for Black Crater is just on the east side, between Lava Camp Lake (coming from Eugene) and Windy Point (coming from Sisters). There is a small parking lot on the south side of the highway. 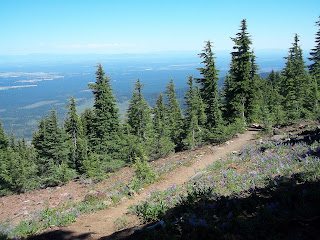 As it turns out, this is no mountaineering trail. It is well-worn, clear, and consistently maintained. Any blow-down is gone by midseason. Of course, some areas are rock-dotted and root-crossed, but overall it's no different from the very steepest part of any hiker's weeknight out-and-back. It's just that it stays that steep. For over three miles. 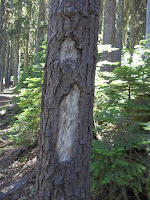 A few words if you decide to climb the Crater: wear sturdy shoes; this is volcano country. Carry water; there is no chance of finding any along the trail. Bring a warm jacket, even on the hottest day; the wind near the top can be surprisingly cold. Finally, the summit is 7257'. If the highway has recently opened and there is the remotest chance that you will encounter lingering snow on the trail, bring a GPS. Trees have been blazed along the trail, but as you will see while you hike, trees blow down. A lot of trees blow down. Be prepared to find your own way through a snow field. 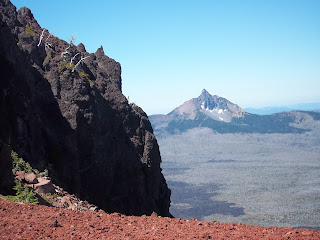 Once you have parked and geared up, fill out a free wilderness permit and immediately begin to climb. Pace yourself; you will be doing this for a while. Watch for Mt. Washington on your left. Normally we see him far-off and aloof; here he seems much closer, like an acquaintance glancing at us across his lava fields. Three-Fingered Jack and Jefferson loiter in the background, to be joined later in the hike by Hood. The large, brown dome to the left of Mt. Washington is Belknap Crater. 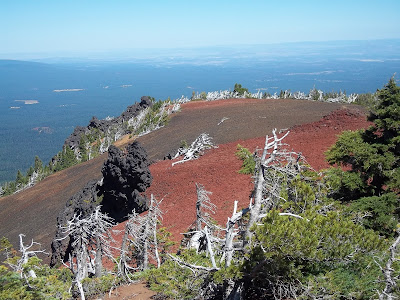 Continue to climb. through woods both thick and sparse, along rock falls and slopes, ever higher. Almost one hour in (more or less), a dismal sight appears: an enormous hill, rising ahead in the hazy distance. Yes, dear reader, this is the destination. Keep climbing. 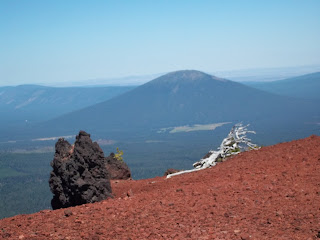 Presently, the high desert of Central Oregon can be glimpsed through the trees. Black Butte dominates, and Newberry Crater rises outside of Bend. The trees gradually thin, giving way to an alpine rock garden. The trail becomes a bit "pummy" but footing remains good. Higher up, red and grey boulders accent the garden. Keep climbing and emerge onto a small cinder plain, where the Sisters suddenly appear on your left. Cross the cinders, which love to roll underfoot, and gain the craggy summit. The wind hurries over this high peak; you may want to put on that jacket as you revel in 360 degrees of Oregon scenery. A good map will help you identify the features visible from your lofty perch. Many people bring their lunch and picnic here, which also makes for a good excuse to sit and rest after the climb.

Take your time descending; the views are just as good on the way down, and you no longer have the trail rising in front of your face. Don't be tempted to run down, as I saw one man doing. I also saw him trip over a large rock. It's a long way to limp out. 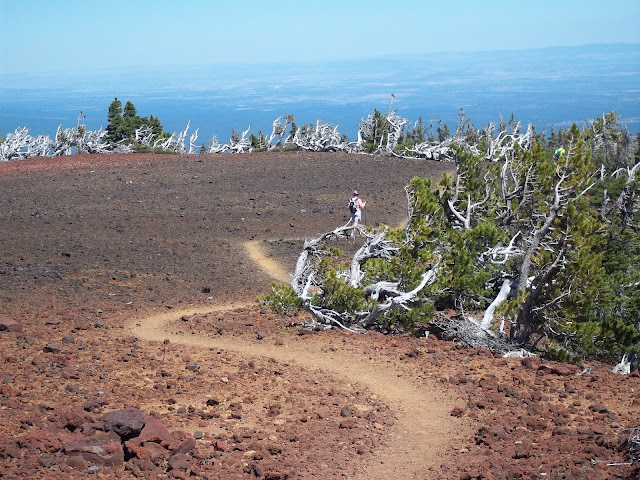 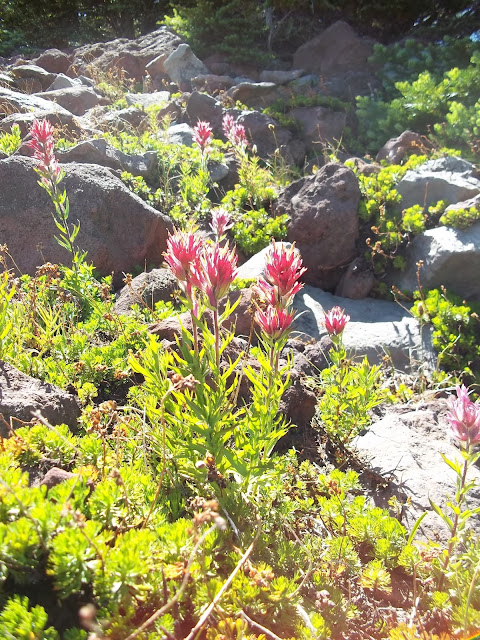 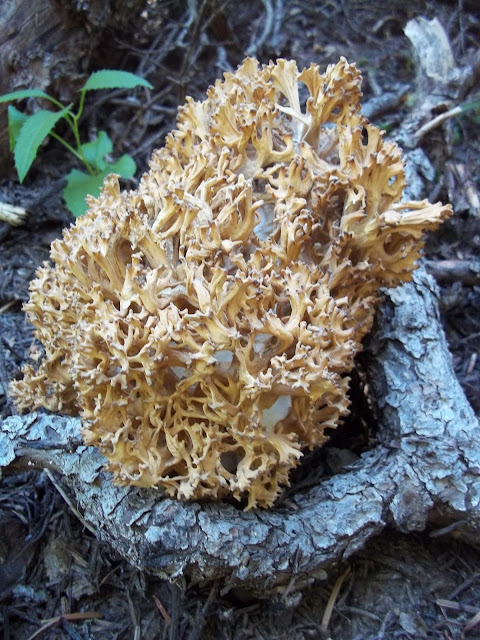 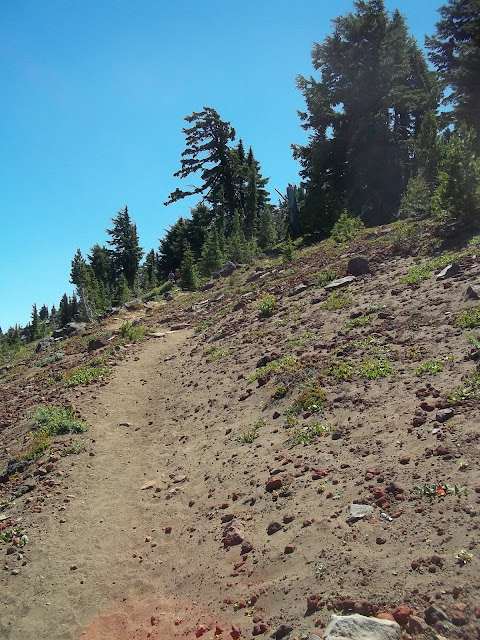 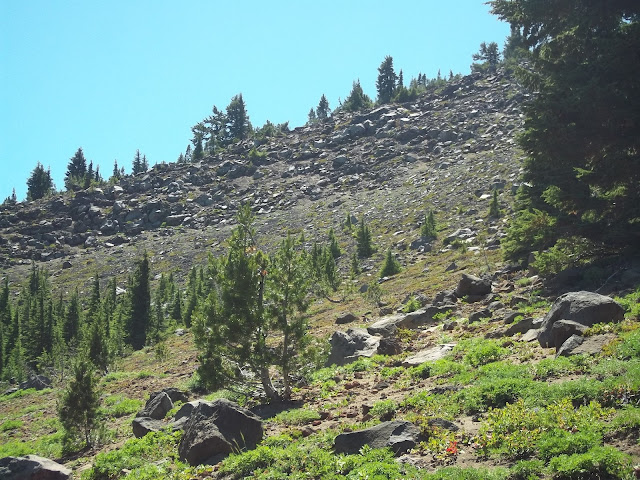 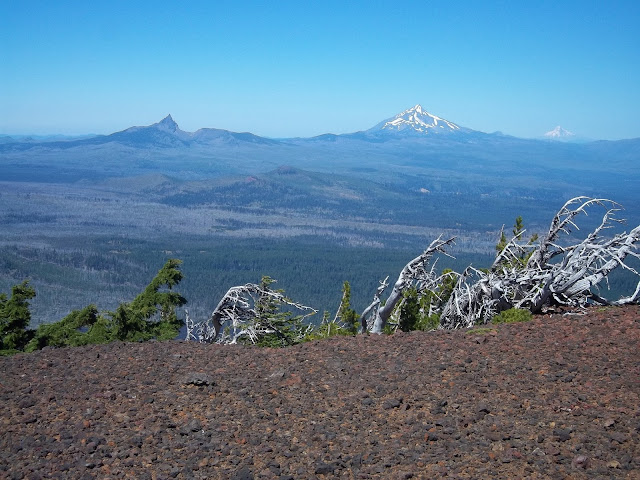 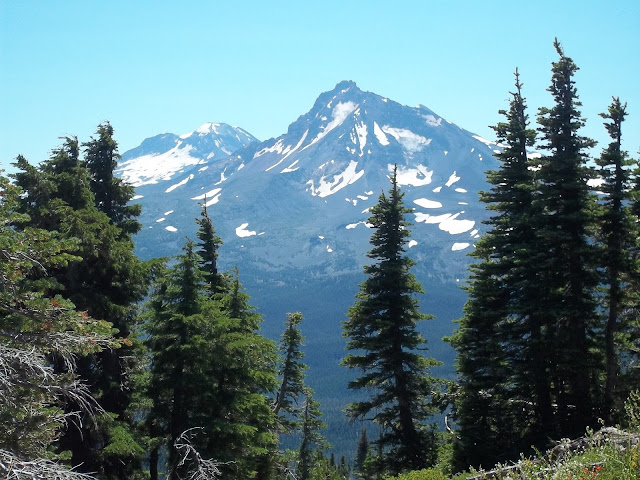