The Parks and Public Gardens of...Gresham? 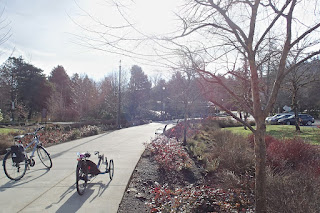 On more than one occasion I have vowed that I would never visit Gresham again; hectic traffic, a bewildering layout, and icy winter storms have left me lost and miserable. Fate had other plans, however, and these days I often find myself beyond Portland's easterlies. Often enough, in fact, that I have learned my way around its erratic streets, and with our photographer as a guide I have even managed to enjoy my time there.

Before Portland grew up against its western border, Gresham was a small town. It has spread out in strip malls and subdivisions, but there is still a dedication to its history, its downtown, and its parks. While they may not be destinations on their own, several parks are well worth a stop when you're in the area. From a tidy Japanese garden to a wild, muddy canyon trail, Gresham offers a variety of ways to get outside when spring fever strikes. 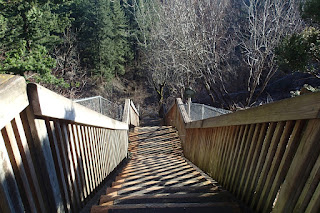 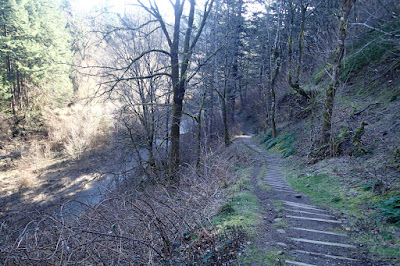 Oregon, the Beaver State, seems to be crisscrossed with Beaver Creeks. The Beaver Creek that flows through the Gresham/Troutdale area wends its way through town and empties into the Sandy River. This modest but energetic waterway has carved its own little canyon, and the steep walls and rapidly changing flow levels have allowed for sparse development. Once a forsaken snarl of blackberry vines, the Beaver Creek Greenway is now a tiny piece of wilderness in the middle of the city. Access is from several spots along SE Beaver Creek Lane off of Troutdale Road, or from Kiku Park. Descend into the canyon on a (probably muddy) footpath and explore along the creek on a network of short trails. The sounds of the city quickly disappear, the stream-sculpted walls rise on either side, and the trees arch overhead. This pocket of nature provides a home for wildlife, and an ongoing project is improving fish habitat, as well. While in the bottom of the canyon, watch for traces of the high water mark; this stream can pack a punch after a rainfall. Use caution if you decide to try the doubtful footbridge, which dangles its way precariously above the energetic water. 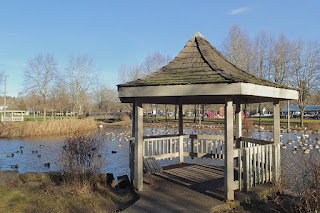 If the kids are bored with the idea of visiting an urban creek, Gresham offers two small parks with them in mind. Red Sunset Park is just off of NE Hogan on NE Red Sunset Drive (which, in true Gresham style, continues as NE 23rd Street on the other side of Hogan). At 14 acres, this park has plenty of open space and an excellent play structure. There is also a good-sized duck pond, well-attended by ducks and geese of all sorts. If rain blows in, watch their antics from from the shelter of a waterside gazebo. 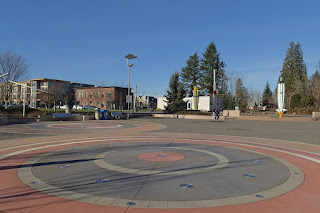 If you and the kids find yourself in Gresham between May and September, the Arts Plaza in the heart of downtown (401 NE Second Street) is a must-see. Not for the sculpture installation, but for the popular Children's Fountain, which is actually two fountains designed just for children to play in. An updated, urban version of the classic pastime of running through the sprinklers, this is sure to stop the whining from the back seat for awhile. 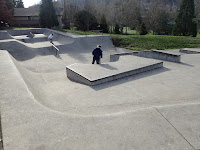 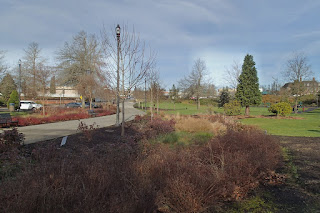 Only a few short blocks from the Arts Plaza, Gresham's Main City Park has something for everyone, even the family pooch, in its 21.6 acres. Find it at 219 S Main Avenue. The northeast corner holds a popular, 5,710-square-foot skatepark; this park is designed for all skill levels, and beginners can learn their moves during the "slow skate" from 9-11:00 on weekends and holidays. Near the skate park, stop by the Gresham Heroes Memorial, built to honor those who have served in the military, fire, and police services.While at the central parking lot note the rain gardens, installed as an attractive way of managing water runoff. You will also find an off-leash area for dogs and a playground, as well as picnic tables and walking paths. Johnson Creek winds along the edge of the grounds, and a paved pathway leads to the peaceful Gresham Pioneer Cemetery, established in 1851, as well as two other cemeteries. 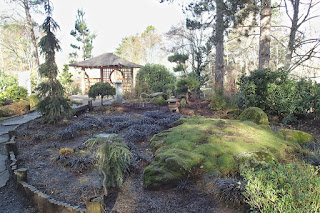 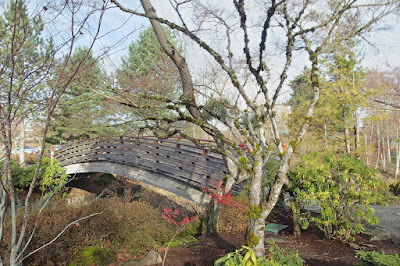 The real gem of this park, however, is Tsuru Island, a tiny Asian retreat in the middle of the city. Built by local Japanese farmers and dedicated to the city in 1975, the garden declined into a disused jungle by the 2000s. Its rebirth began in 2011, when a devoted group of volunteers revived and redesigned the garden. Old park bridges were upcycled into benches where visitors can sit and admire the views. Irrigation and electricity were installed. After over 8000 hours of donated labor, Tsuru (Crane) Island reopened to visitors in 2014. Located on a seasonal island in Johnson Creek, the garden is reached by a stunning new bridge built of purpleheart. At only three-fourths of an acre, this little oasis is a visual lesson in skilled garden design; its "good bones" make it worth visiting even in the dead of winter. Lovingly maintained by volunteers, it appears that this garden will remain beautiful for future generations, barring damage from beavers and human vandals. 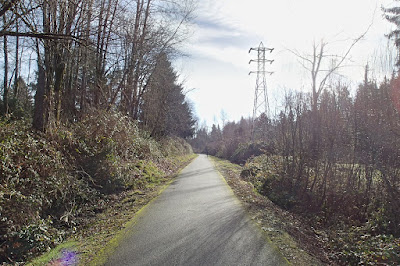 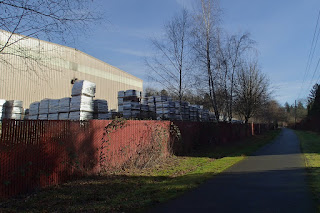 Before we leave this park and return to Gresham traffic, there is one more feature to be explored. At the southern end of the park, near the central parking lot, you will find access to the Springwater Corridor. While this paved, converted railroad bed has long been a popular walking and biking path for Portlanders, its recent history has been somewhat checkered. Not so the Gresham-to-Boring section; go through the artistic gateway and turn left. You will quickly find yourself paralleling Johnson Creek as you head out through thinning suburbia into the country. Watch on your left for the Columbia Brick Works, Oregon's oldest operating brick factory. Sharp eyes will spot crumbling piles of old bricks in the undergrowth alongside the trail. It's a fairly level 5.7-mile trip from the park to Boring, or turn around at any point along the way. Early-morning walkers and cyclists will have a better chance of seeing some of the wildlife that frequents the area as the landscape opens into fields and forests. This is a perfect opportunity for anyone with feet or wheels to escape the bustle of the city for awhile.

So if fate takes you to Gresham, don't miss these lovely spots. Take a good map and maybe a GPS. You'll be fine. You might even have a good time. 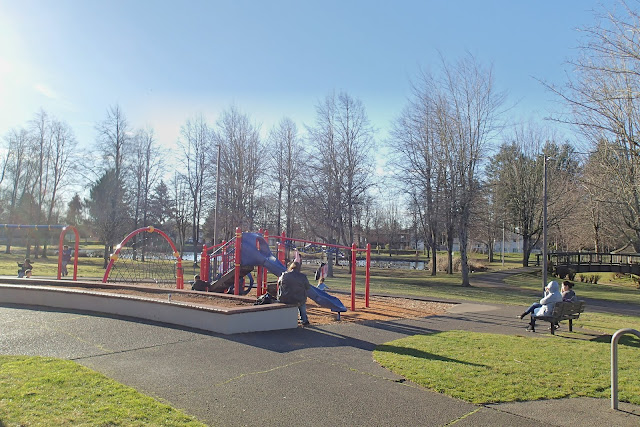 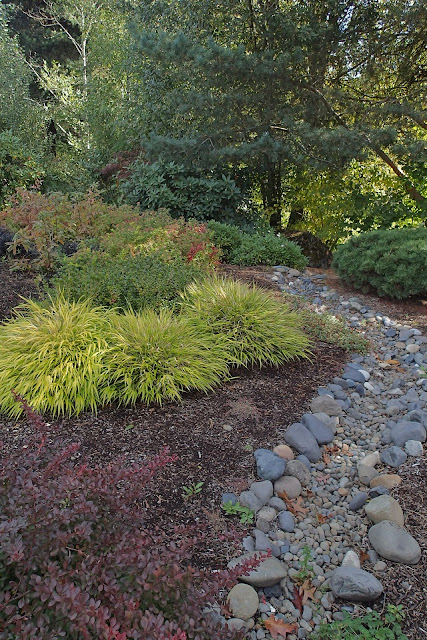 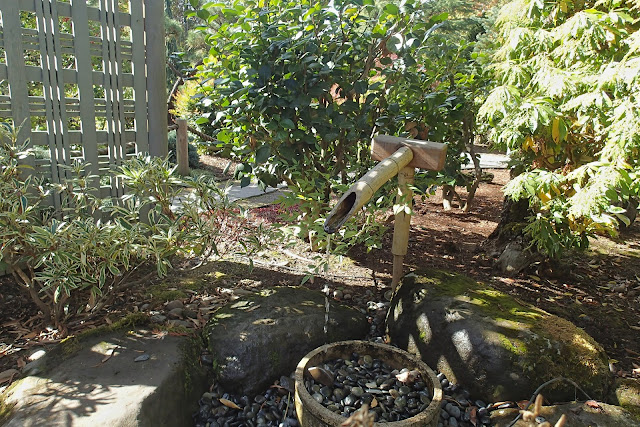 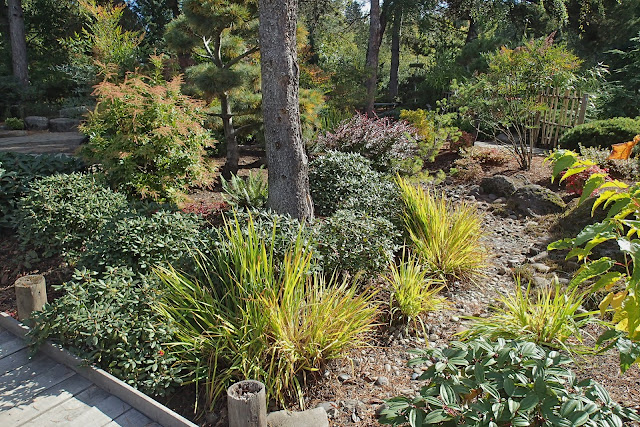 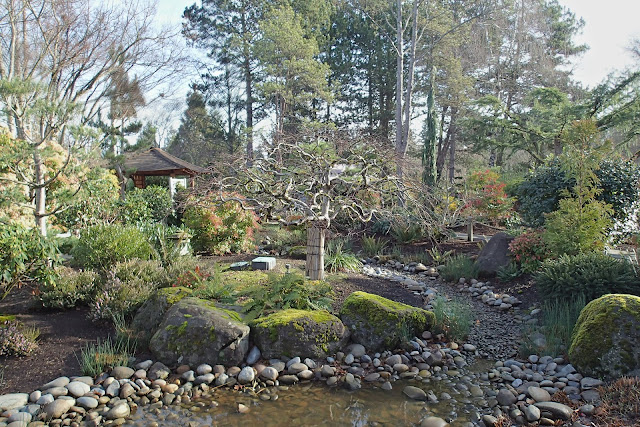 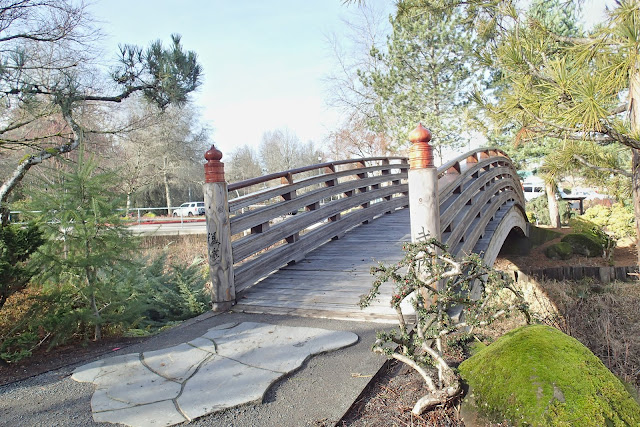 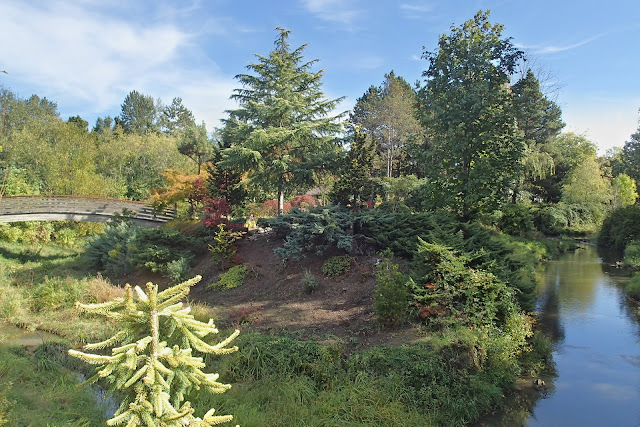 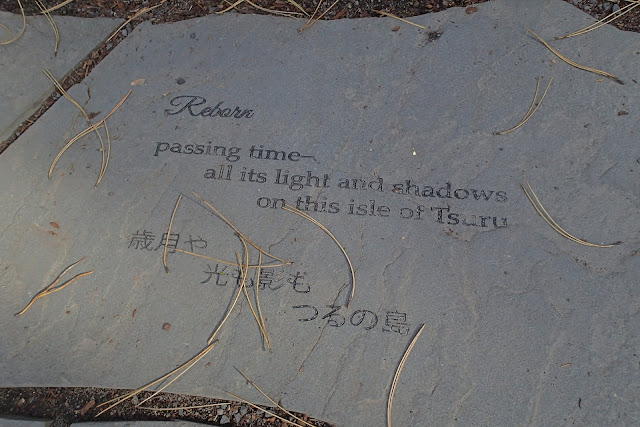 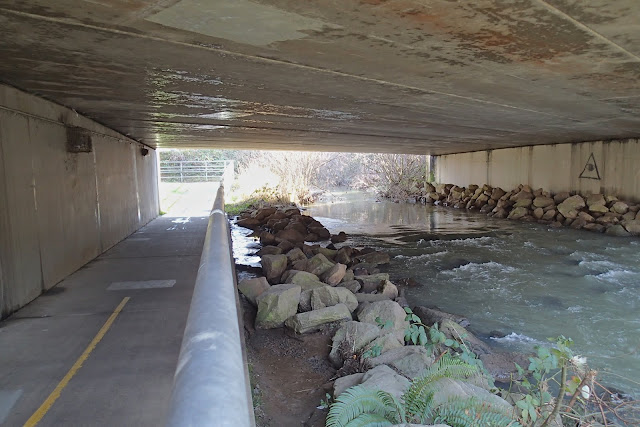