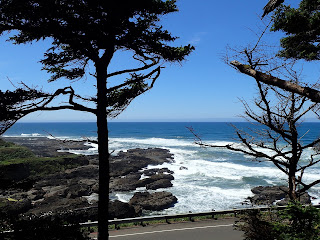 We have previously covered much of the extensive trail system in the coastal village of Yachats: the 804 Trail, the Ya'Xaik Trail, and the St. Perpetua Trail. There is, however, a linking path between the 804 and Ya'Xaik trails in the north and St. Perpetua to the south: a 3.5-mile climb up the north face of Cape Perpetua known as the Amanda Trail. This rugged route along the coast was the only alternative to taking a boat in the days before 1912 or so, when the first path was blasted around the cape.
﻿
﻿﻿ 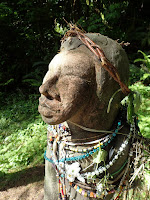 ﻿The trail is named in honor of Amanda de Cuys, a blind Coos woman who in 1864 was driven, with 45 other Native Americans, for 80 miles up the coast to a reservation. She was forced to leave her young daughter behind. One of the boys of the party guided her around the roughest areas; other than that, we know nothing of the stories of the other 45 people whose eventual fate, along with the fate of Amanda, went unrecorded by history. This solemn and beautiful place is now open to hikers; some parts of the trail pass through private property, so be respectful of the landowners who have graciously opened part of their land to the public.﻿
﻿ 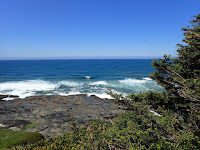 To find the trail, take Highway 101 to Yachats and turn onto Yachats Ocean Road just south of the bridge. To your right you will find access to the Yachats River as well as a lovely, sheltered beach. Drive a bit further for close-up views of waves crashing against the rocky coastline. There is plenty of parking all along this short road; plan ahead and you can look forward to a post-hike picnic beside the water.
﻿
﻿﻿﻿﻿ 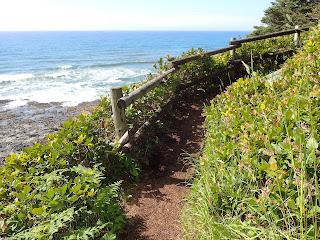 ﻿﻿﻿﻿
﻿Once parked, continue along the road on foot. Just before you reach Highway 101 again you will see a footpath on your right. Follow it alongside the highway until the path dead ends, then (carefully) cross 101 and pick it up again on the other side. This trail is also part of the Oregon Coast Trail System, so you may see it marked as such from time to time. 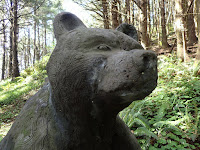 ﻿The footpath then leaves the highway and enters the forest proper. It can be slippery in places, and there are some root-crossed areas, so watch your step. This first part of the trail is considered "easy" and most kids should be able to navigate it. Follow deeper into the woods, pass a bear statue, and continue to a small, creekside clearing where a statue depicting a Coos woman has been placed in honor of Amanda. Many people stop to leave a small token, and this makes a good turnaround spot for those who wish to avoid the climb ahead.
﻿
﻿ 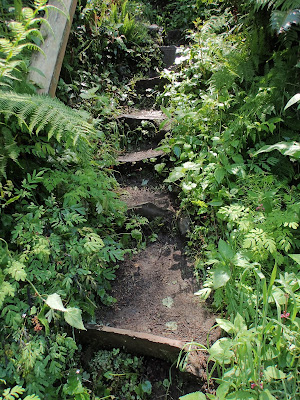 And it is a climb. To continue the hike, cross the creek. You will immediately be confronted with a crude set of stairs built into the hillside. You are on your way.

You will begin by hiking on a small ridge between two creeks. As you leave Highway 101 behind, even the roar of the ocean dulls. Gradually, the trail drops into Cape Creek's little canyon; the whisper of the creek and the songs of the birds are pretty much all you will hear. History sleuths will notice that much of the trail is on an old roadbed; in fact, sharp eyes will spot abandoned side roads here and there. Before the construction of Highway 101, a primitive route went over the Cape and followed Cape Creek, similar to the route Amands'a Trail follows. The stone shelter at the top of the Cape was used as a lookout during World War II and there has been logging in this area in the past, so many disused roads are probably hidden beneath the lush greenery on this steep headland. 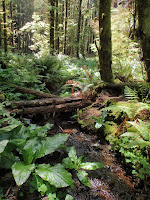 ﻿Drop down to Cape Creek and a wide, verdant bog. Continue to climb. Don't count the switchbacks, just keep walking. This hike is famously steep, and muddy conditions can render some spots quite slippery; however, there are also stretches of mossy, fern-bordered pathway that are lovely and  nearly level. Most hikers in decent condition should have no trouble. Wildflowers flourish alongside the trail, and bird's-eye views of the ocean occasionally appear. Hike until you see a side path to the Cape Perpetua parking lot; continue to the right to find the stone shelter. Soak in the panoramic views, then return as you came, keeping your camera handy for any shots you missed on the way up. 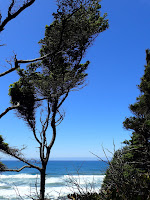 ﻿
﻿﻿﻿Many hikers pause as they pass Amanda's statue on their way back to their comfortable automobiles parked alongside Highway 101. She stands patiently in her little clearing, a reminder to us all that if we become convinced that any person has less value than we have, we become less human ourselves. 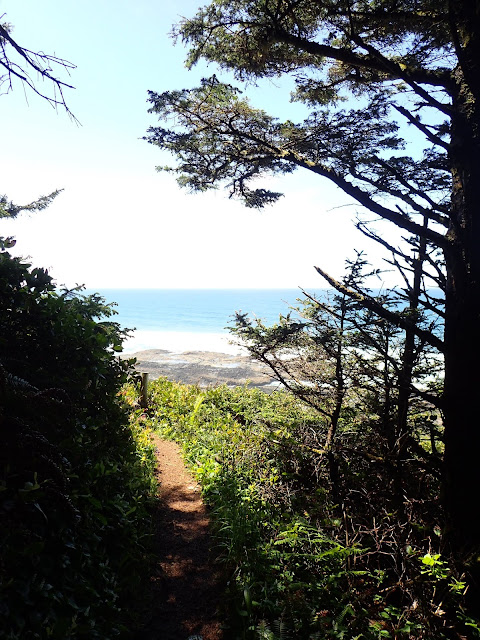 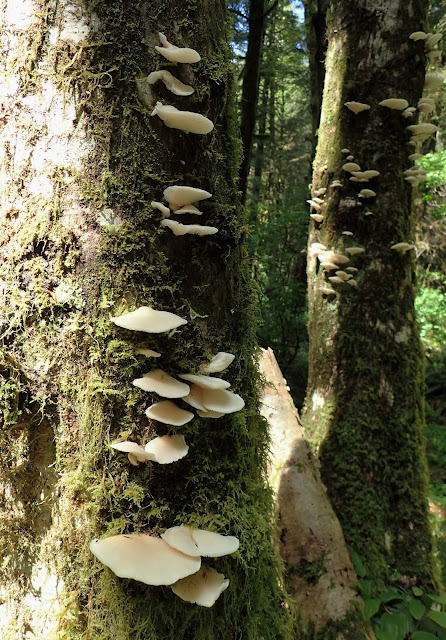