A Refuge in the City: Oaks Bottom 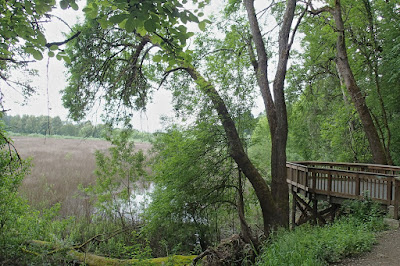 Below the bustling Sellwood neighborhood in southeast Portland, a peaceful wetland spreads toward the Willamette. Venerable Oaks Amusement Park opened on one edge of this marsh in 1905, and over 100 years later the rides still run and families skate in the rink. My father explored this bottom land with his friends in the 1950s, and I have been wandering its paths since the early 1980s. Long a destination for families, this wetland has been a haven for wildlife for centuries. While many things have changed over the years in Oaks Bottom, some things have stayed the same. 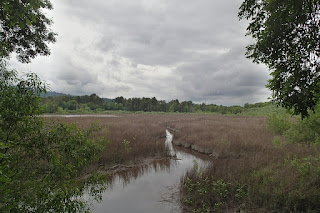 At one time, this park was simply a marshy flood plain. At almost 150 acres and lying right beside the busy Willamette, it seemed to be ripe with possibilities for progress. Oaks Amusement Park, known as the "Coney Island of the West," drew families to the water's edge, and the railroad built its tracks on a berm to keep them above the floodwaters. This berm effectively separated the wetland from the river, and the wetland began to gradually be filled. At one time there was a landfill here, and the city dumped fill from the construction of I-405. By the 1970s, it seemed like a good idea to fill the wetland altogether. A number of local groups came together, however, and their combined voices persuaded the city to rethink the fate of the area (read more about the rebirth of Oaks Bottom here). 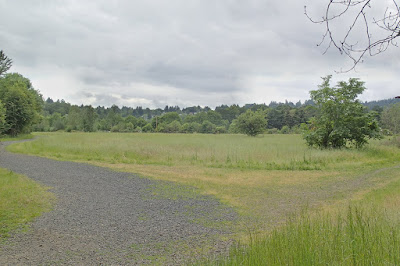 This land was still largely ignored into the 1980s, and it was possible to spend hours following a maze of winding, often muddy, tracks through woods and grasslands. It seemed both undiscovered and abandoned. In 1988, though, Oaks Bottom was officially named Portland's first wildlife refuge, and in 2004 it was designated as the city's first migratory bird park. Work on the refuge continues to this day, improving the park for wildlife as well as for human visitors.﻿﻿﻿﻿﻿﻿﻿﻿﻿﻿﻿﻿﻿﻿﻿﻿﻿﻿﻿﻿﻿﻿﻿﻿﻿﻿﻿﻿﻿﻿﻿﻿﻿﻿﻿﻿﻿﻿﻿﻿﻿﻿﻿﻿﻿﻿﻿﻿
﻿

To experience the refuge for yourself, print out this map and head for Old Sellwood, a varied collection of unique shops and restaurants. There is a small parking lot on Milwaukie Avenue just east of McGloughlin; the Bluff Trail drops down into the woods here, and bicyclists can take this route to meet up with the Springwater Corridor. Another trail drops down from Sellwood Park (take Bybee to Sellwood Blvd.). This park has lovely old trees, picnic tables, and a play area. Sellwood Riverfront Park has river access with a dock, a small beach (water levels permitting), tables, and a trail that wanders off into Oaks Bottom. This park is on Oaks Park Way, just past some office buildings. There is one more access from Oaks Park itself, with a trail that crosses an open, grassy meadow on its way to the Bluff Trail.
﻿﻿ 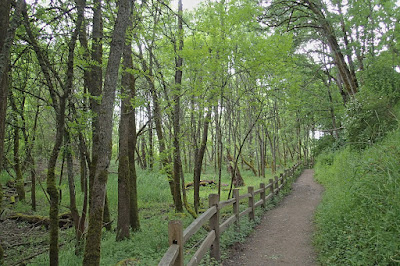 However you access it, the Bluff Trail is the best way to experience the refuge. The muddiest areas now have catwalks, but the rest of the trail is a simple dirt path. Winding through lush Oregon woodland, one could almost imagine that the city were far away if it were not for the clash and clatter of the rides at Oaks Park and the sounds of the city drifting by. The marshier areas, with their mud floors and thin-trunked trees, look like a southern swamp during the rainy season. Wildflowers bloom and cottonwoods sway in the breeze. Watch and listen for a variety of songbirds, raptors, and waterfowl; click here for a list of bird species to be found in this refuge. At one point you will pass below a mausoleum, which is something one usually doesn't see in a wildlife refuge! 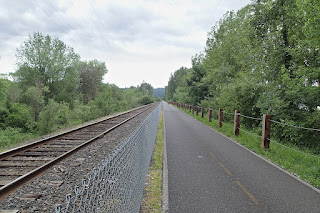 As shown on the map, there are several side trails which connect the Bluff Trail with the popular Springwater Corridor, part of a 40-mile paved bike loop. This section of the corridor is shared among bicyclists, hikers, birdwatchers, dog walkers, and parents with strollers. Connecting with the Corridor makes the hike into a 2-mile loop. Watch for signs for the tadpole pond, a habitat set up especially for the northern red legged frog; this pond is not on the map, but it is near the art installation.

Check the map for access points for the Corridor, as the railroad tracks I wandered in my youth are now fenced off and underpasses have been built. This busy path is worth walking, as it passes beside the riverbank and the refuge pond. Watch the skies for hawks, ospreys, and great blue herons. 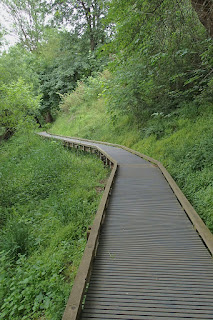 This area is a great family destination, as it offers parks, playgrounds, bike trails, picnicking, fishing, boating, and even an amusement park. The best parts, though, are the parts that haven't changed much over the years: the industrious birds, the sly animals, the tall grasses swaying in the warm air, and the wide, meandering Willamette sparkling in the sun. 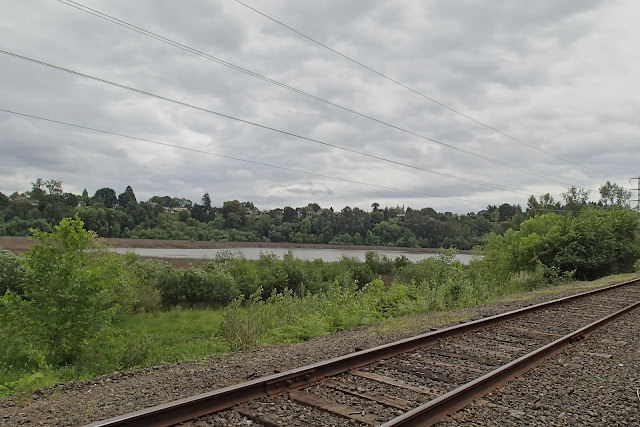 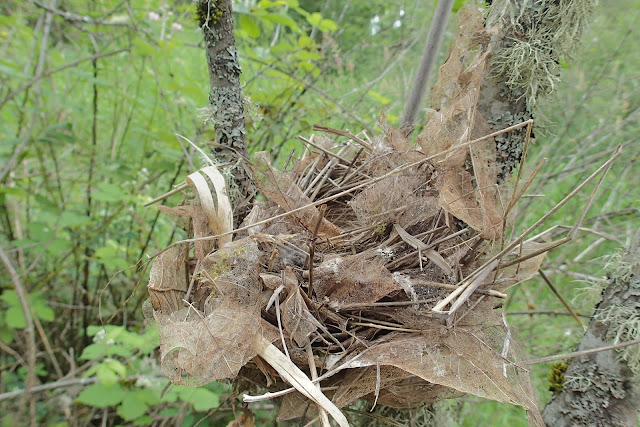 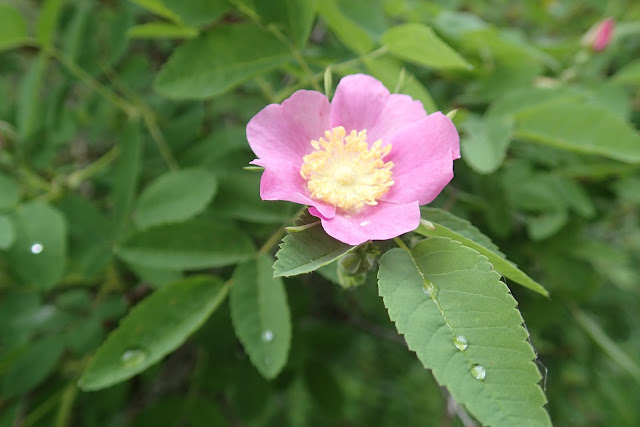 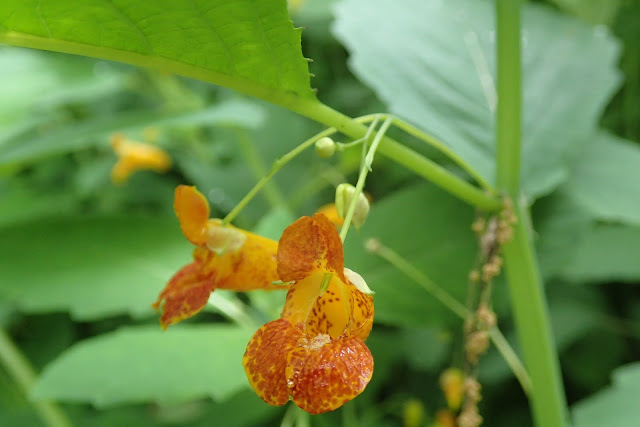 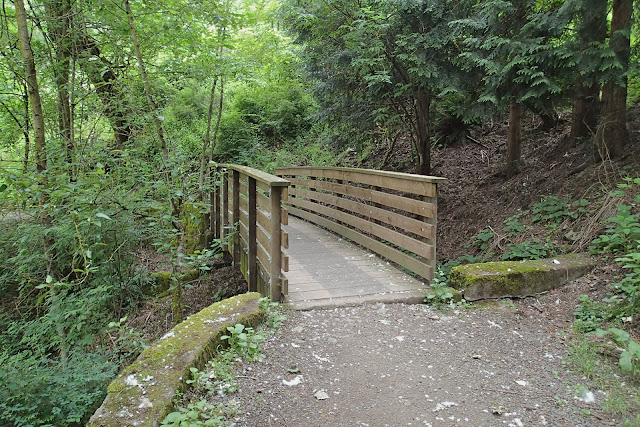 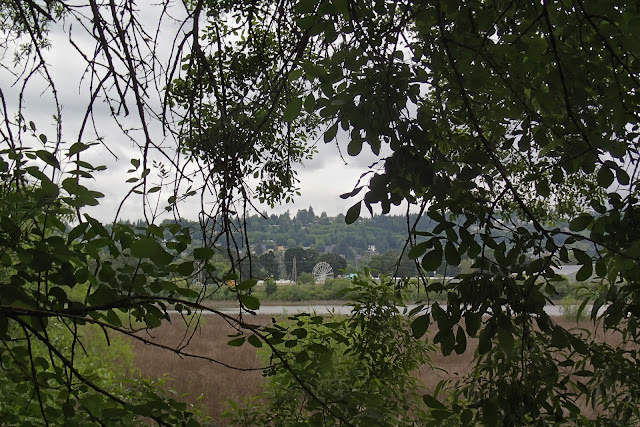 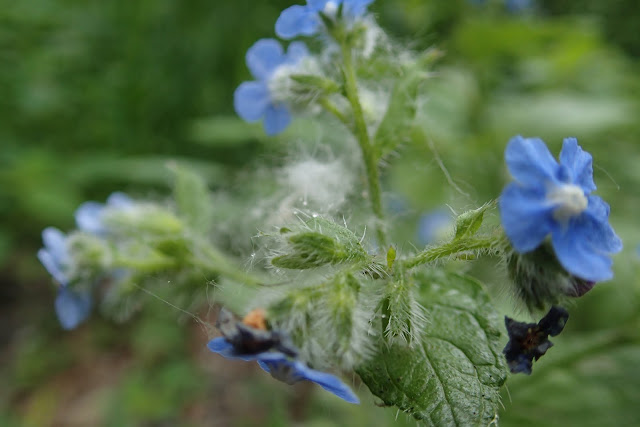 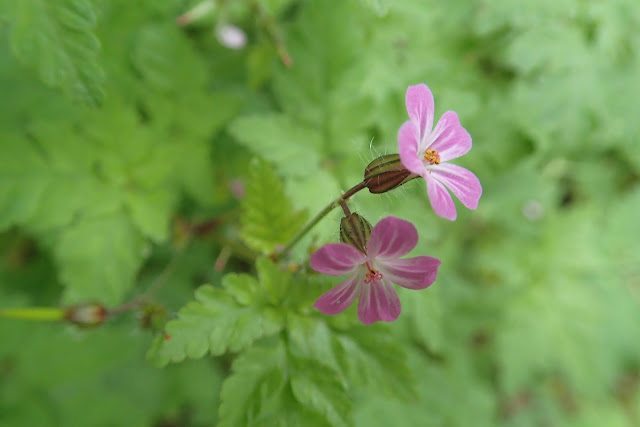