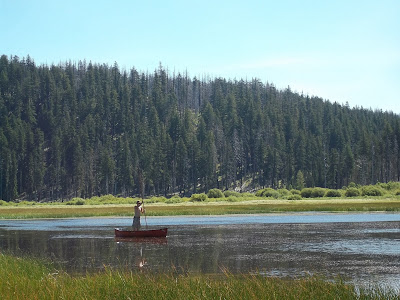 The video has gone viral: a lake on Highway 20, just west of the Santiam Pass, pouring away into a big hole. Look online for images of "Lost Lake, Santiam Pass" and you will find photo after photo of nothing but the hole.

There is more than one Lost Lake in Oregon, but this one truly does lose most of itself every summer. The amount of water lost varies from year to year; we have paddled here as late as September, but on my most recent visit (June 2016), the water was already quite low, just barely deep enough to float on in some areas. 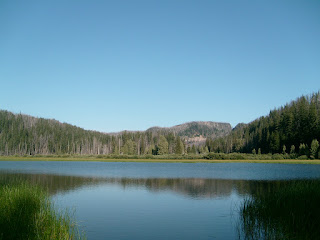 And so Lost Lake disappears into the ground, leaving a big, flat marsh lying beside Highway 20. Hills scarred by the B and B Complex Fire loom around it, and yet it is still a popular campground, and one of our favorites. To find out why, you need to get off of the rutted, potholed lakeside road. You have to get closer to that puddle lying in a soggy meadow. Then you will find Lost Lake. 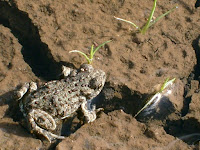 You may have to walk a bit to reach the water's edge. The grasses and reeds wave gracefully like the water they have replaced. This lake teems with tadpoles in all stages of development; it is a haven for frogs, and you may have to step carefully in places to avoid crushing tiny, mud-colored amphibians. The shallows harbor several kinds of water bugs, with water-skippers dancing over the surface. There are also a surprising number of fish in the lake, given its proclivity for drying up (anglers take note: this lake is catch-and-release, with no bait allowed). 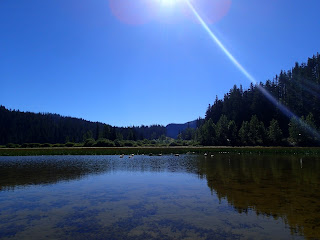 Lost Lake,with its surrounding trees and plentiful shrubbery, has become a popular destination for birdwatching. Ducks and mergansers splash about while spotted sandpipers whistle and bob in the mudflats. A variety of songbirds flit between the bushes and ospreys circle overhead. As night falls over the peaceful lake, the nasal cry of nighthawks precedes the buzz of their dizzy dives. 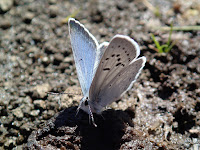 Deer are common here; stay any length of time and you will see them. Bears make an occasional appearance, but you are far more likely to meet with clouds of butterflies, or even a gracefully swimming snake. Wildflowers pepper the forest: anemones, columbines, and bunchberries are followed by wild roses, pearly everlastings, and flocks of wooly mullein. 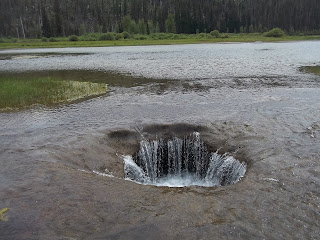 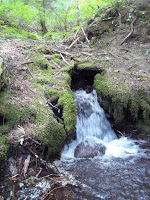 But what about that famous hole? Actually, there is more than one hole; there are small ones to be found, too, reverse springs of sorts, draining rivulets of water away. The big one is impressive, though; you will know when you are getting close because you will hear the water rushing into some mysterious underground cavern. At the rate the water is swallowed by the earth, it seems surprising that the whole lake is not drained overnight; modest Lost Lake Creek certainly doesn't seem up to the task of keeping it filled. But there is a secret here in the porous, volcanic Cascade Range. To our thinking, lakes, rivers, and streams are found only on the earth's surface. Not so; they are also found just beneath our feet as well as deep underground. Scramble around a bit on the rugged  hillside just above the northern end of the lake and you will find a network of streams (or are they springs?) appearing, disappearing underground, and then reappearing further on as they hurry to drain some distant snowfield into Lost Lake. The water from Lost Lake isn't really lost, either; it percolates down to another body of water, possibly Clear Lake. 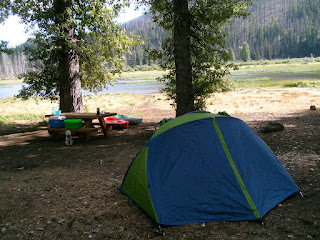 If you decide to stay the night here, there are fourteen sites, some of which can accommodate a medium-sized trailer. This is primitive camping, though; the vault toilets are widely spaced, and there is no water (don't count on the lake, mainly due to its popularity with the ducks). The sites nearest the highway tend to have better access to floatable water, plus a view of Maxwell Butte and the tip of Three-Fingered Jack. The sites at the end of the road are quieter and are close to the stream/springs (always sterilize even clean-looking drinking water). There are often more frogs at this end, as well as larger mosquito populations. There is a fee to camp at the lake, and a modest day-use fee for day visitors. 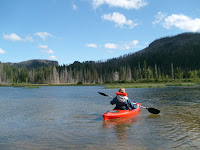 On your next drive through the Santiam Pass, look on the north side of Highway 20 between Hogg Rock and Potato Hill to find this small, beautiful mountain lake and wetland. Stop and spend some time. There's much more here than a big hole. 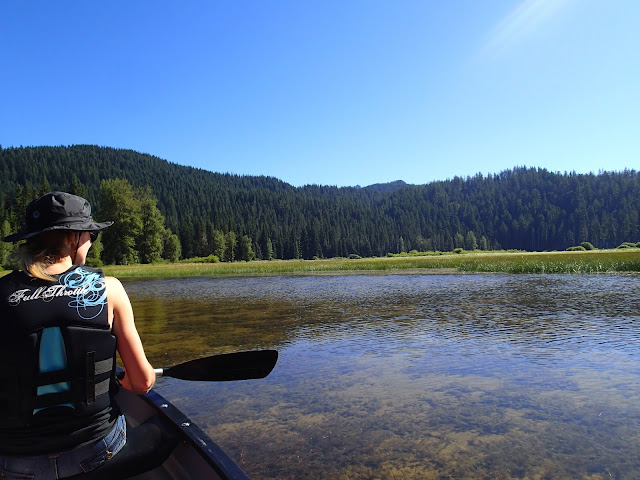 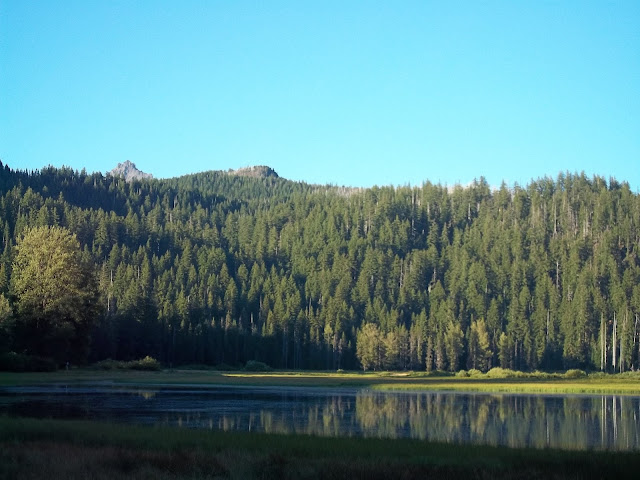 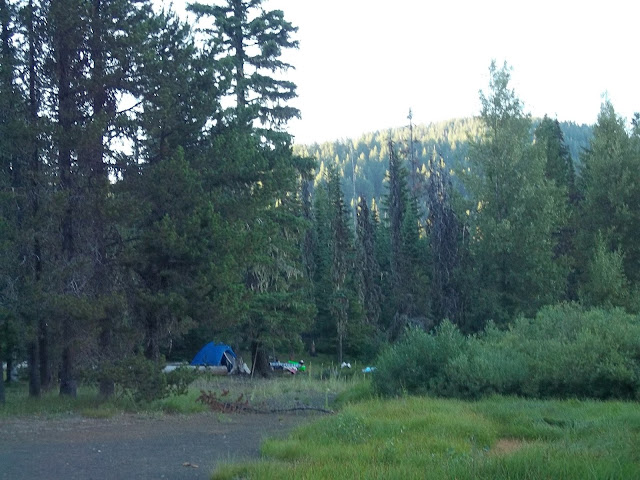 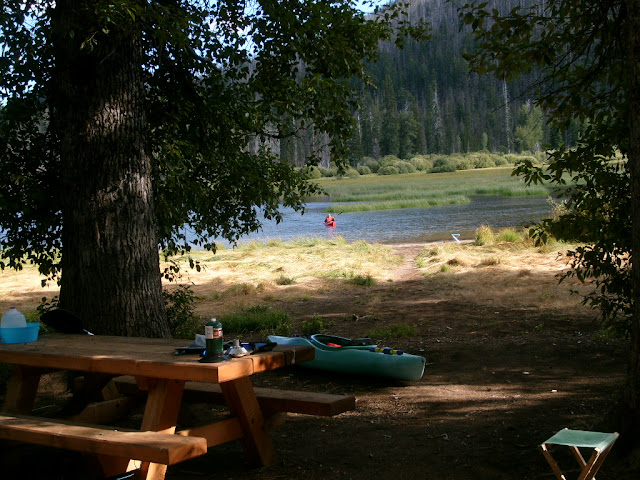 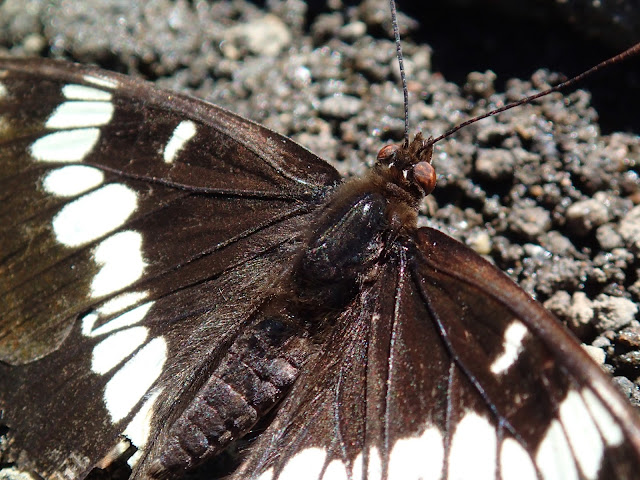 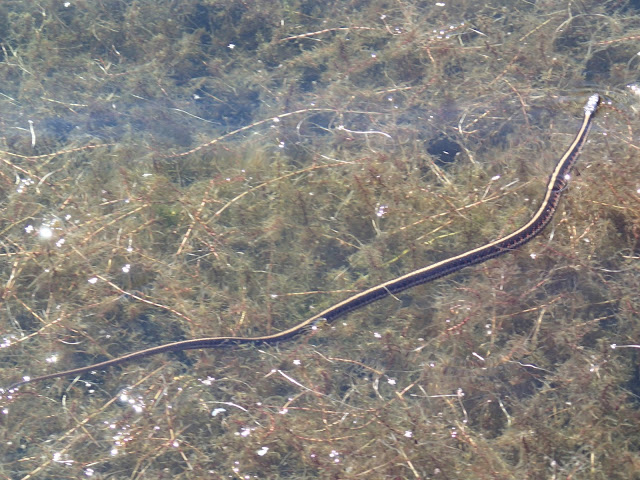 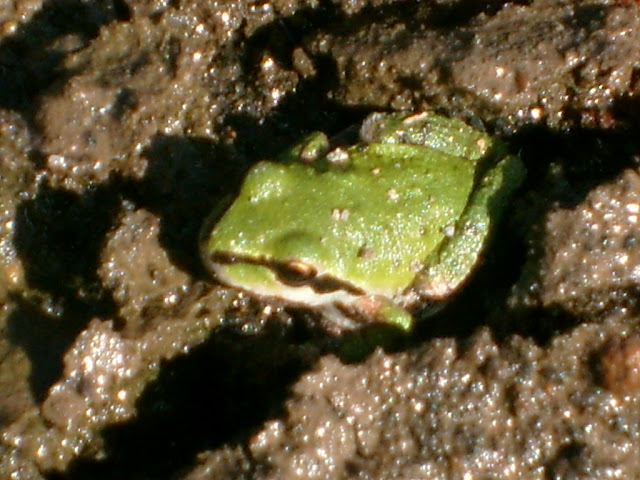 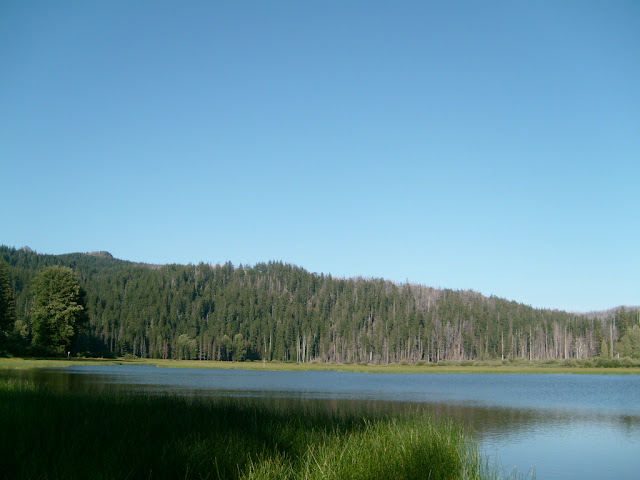 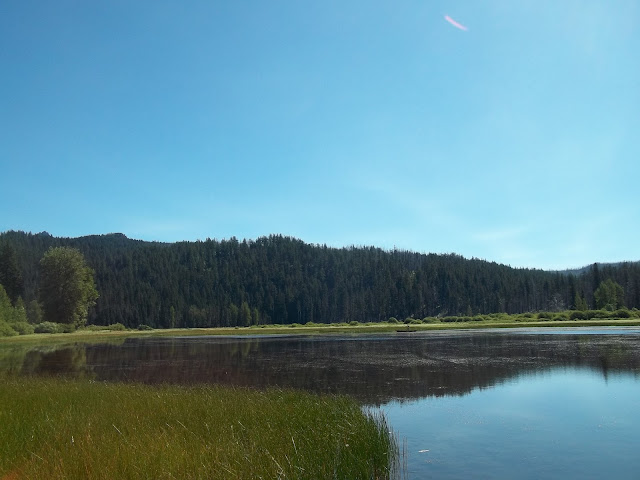 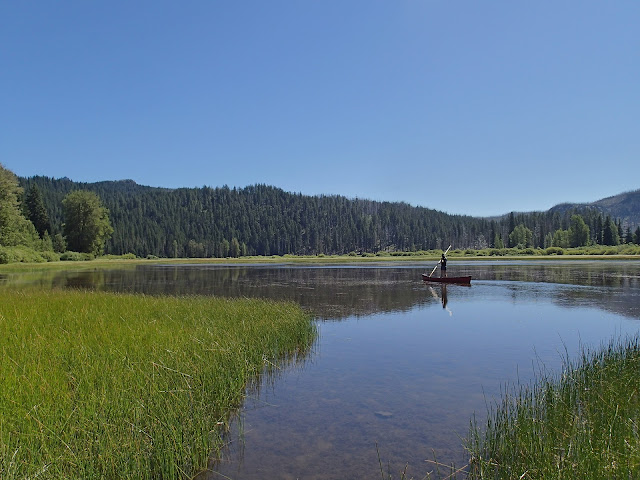 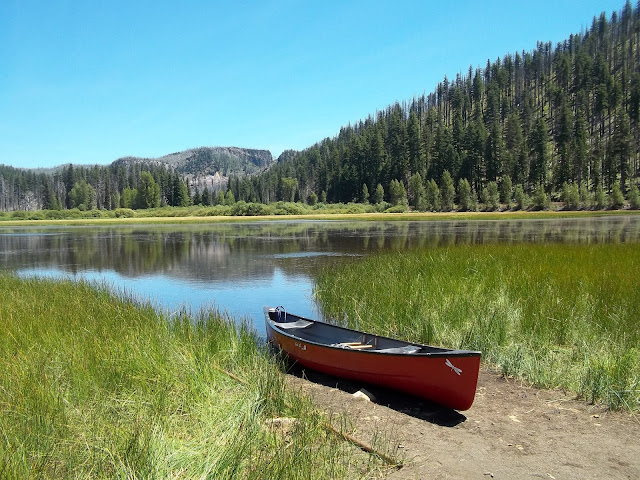 Posted by Sally Gosen Case at 9:22 AM