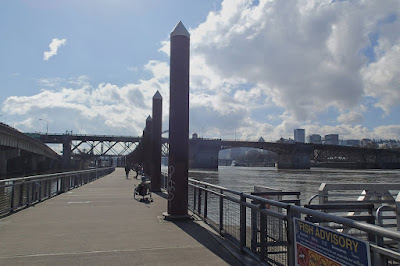 It's that time of year again: spring is taking its sweet time getting here, trails are muddy, and the weather is unpredictable and sometimes downright ugly. We are in Oregon, though, so there is always something to do in between showers and downpours. This urban bike loop runs right through the heart of Portland, but it rarely leaves the riverside. It features parks, a wildlife refuge, two museums, a choice of bridges (both new and historic), and a walkway on the river itself. The loop can also be done as a day hike, or sections of it can be enjoyed from a wheelchair. These paths are popular, so the people watching is just as good as the bird watching during this easy urban excursion. 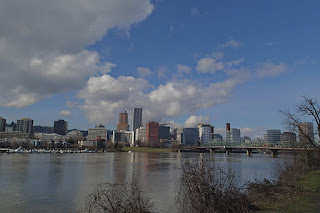 Portland was built on the banks of the Willamette, and the river was its lifeblood in the years before good roads offered other means of transportation. Today, the Willamette still defines Portland; in fact, it is the dividing line between Eastside and Westside, We will find the river nestled against the skyscrapers of Downtown, and we will find it skirting a peaceful wetland. Expect joggers, dogs, high-speed bicyclists, dragon boats, an occasional homeless person, and probably rain. Expect Portland.

The full loop totals eleven miles, crossing the river on the Sellwood and Steel Bridges. Taking the new Tilikum Crossing bridge cuts a few miles off the route and avoids the most congested areas, so this might be a good choice for families with children. While the shorter route is easier to negotiate, it misses the Eastbank Esplanade, a waterfront path that is well worth a little extra effort.

Our trip starts in the Sellwood neighborhood, known for its charming old houses, quaint shops, and popular restaurants. If you are driving, find parking on a narrow side street and bike to Tacoma Street (it should be noted that, while this is an excellent map, we don't follow the itinerary shown; we prefer to start on the east side).

Tacoma proceeds onto the new Sellwood Bridge. While the lovely old bridge is missed, the new structure boasts a wide sidewalk and generous bike lane. Enjoy your first view of the river, then turn right on the west side and head toward downtown. The path here is wide and easy to follow. Watch for a variety of waterfowl and listen for the shouts of the dragon boaters. Pass through Willamette Park, which offers picnic facilities, restrooms, a play area, and a boat ramp.

After Willamette Park, the path can be sketchy at times due to private property and ongoing construction. It finally ends abruptly near the Old Spaghetti Factory, so it's necessary to leave the river briefly and pedal along Bond and Moody Streets. One highlight of this section is OHSU's aerial tram. If the tram is running, the public is welcome to ride for a fee. A little further along you will find Tilikum Crossing, which offers cyclists and pedestrians a new and unique route over the Willamette. OMSI, an excellent science and technology museum, is next to this bridge on the east side.

If you choose to continue on, you will notice that the riverside path has resumed for pedestrians, but cyclists must walk their bikes or stay on the street for a while longer. After rejoining the path, pass through Waterfront Park, where you will find ever-increasing numbers of people. This historic park can get very crowded, so be careful and courteous as you ride. Look for metal bollards used to tie up ships when they are in port. You will pass the Oregon Maritime Museum, a floating museum housed in a steam-powered sternwheeler.

Now you will see it in the distance: a tall, black, medieval-looking structure. The Steel Bridge looms ahead, complete with its complicated arrangement of cables and pulleys. Assuming the drawbridge is closed, traffic will be zipping along on the narrow roadway high above your small, defenseless bicycle. But that is not where you are going; look below the hectic traffic to the base of the black metal framework. A wide path for pedestrians and cyclists will take you across only thirty feet above the water. 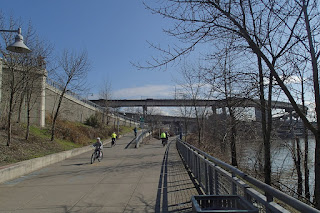 Upon reaching the opposite riverbank, a right turn puts you onto the Eastbank Esplanade. Here the walkway floats on the Willamette for 1,200 feet, so you can actually take a short ride on the river! Just past the Hawthorne Bridge you will pass alongside OMSI; be especially watchful for children on this section. The submarine moored in the river is the USS Blueback, one of OMSI's exhibits. The Esplanade ends just past Tilikum Crossing, but excellent signage will direct you onto Caruthers Street. Turn right onto 4th Avenue and connect with the Springwater Corridor. 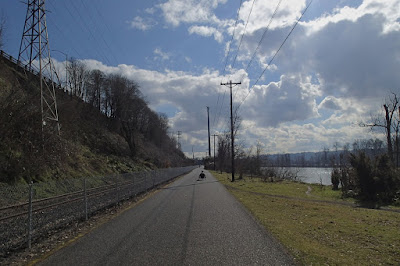 The route quickly becomes less urban as you enter Oaks Bottom Wildlife Refuge. Ride along the muddy, brush-snarled riverbank past Ross Island and watch for a broad wetland stretching out to your left. Oaks Amusement Park appears on the right, then Sellwood Riverfront Park. There are picnic facilities and a boat dock here, as well as restrooms which always seem to be locked. Heading up from the park, you will find yourself back in Sellwood just north of Tacoma Street.

It would be easy to make a day of this loop, pausing to shop, or eat, or tour a museum. Just riding the loop could take hours if you stop often to enjoy the views. Spend some time beside the Willamette. Watch the ducks, the dragon boats, the yachts, and the strange species known as "Portlanders." Soak up a little of Oregon's history. Watch the water flow by on its way to the Columbia, then the sea. It's almost spring. Come follow the river. 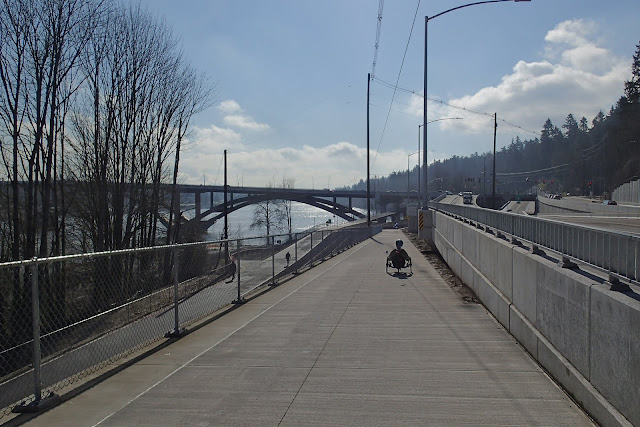 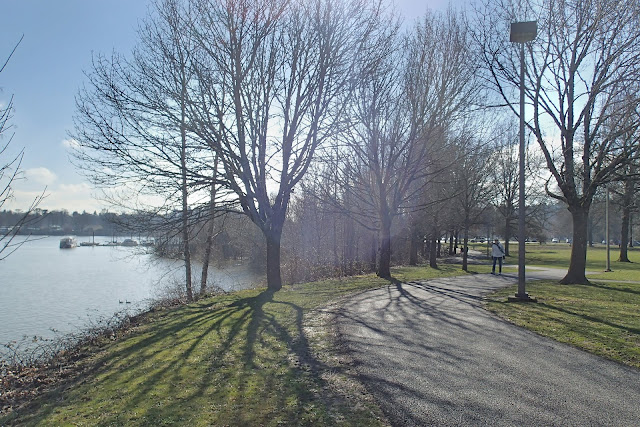 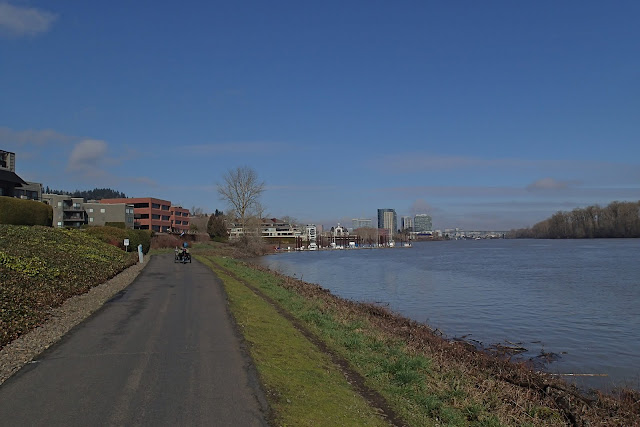 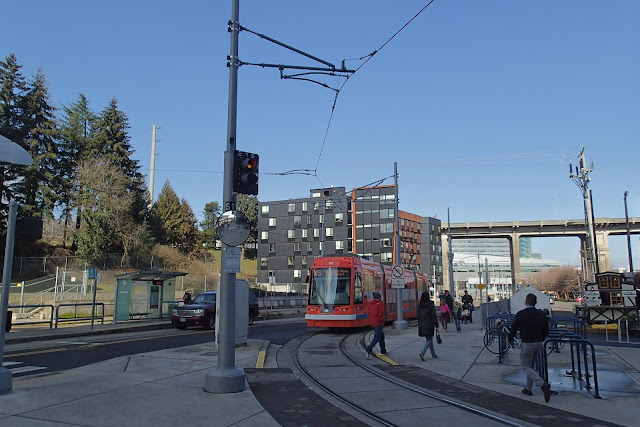 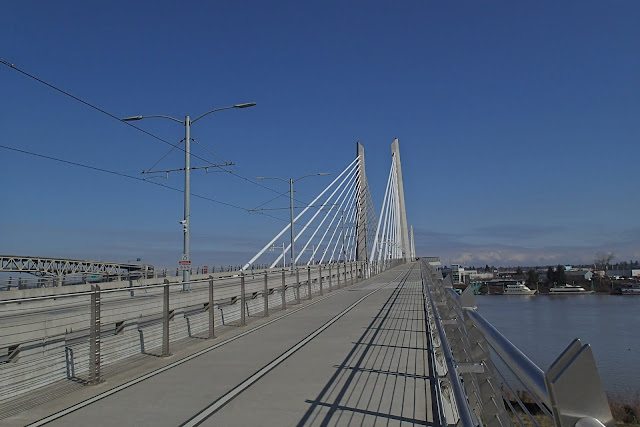 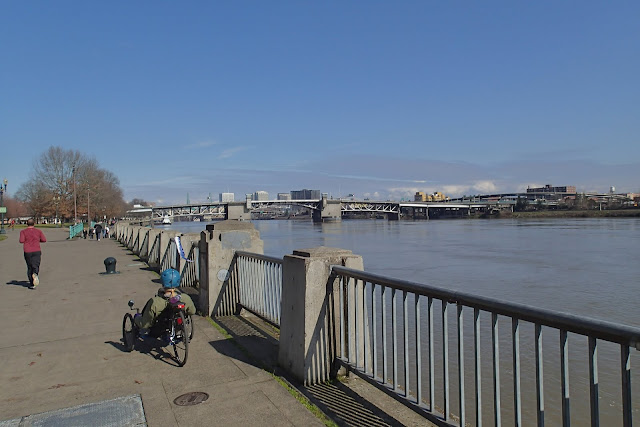 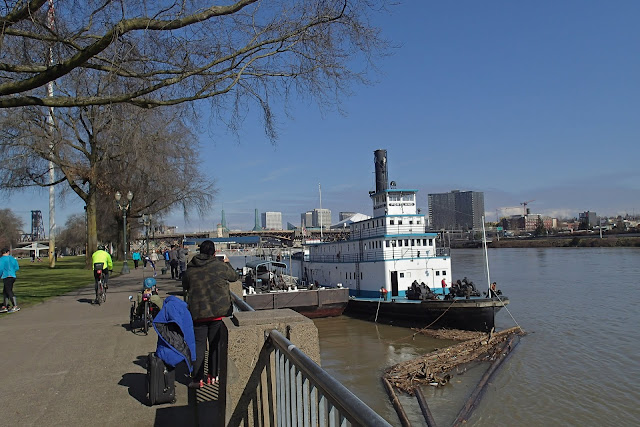 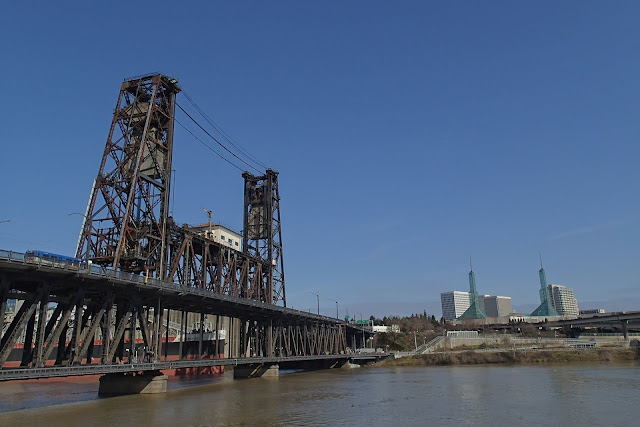 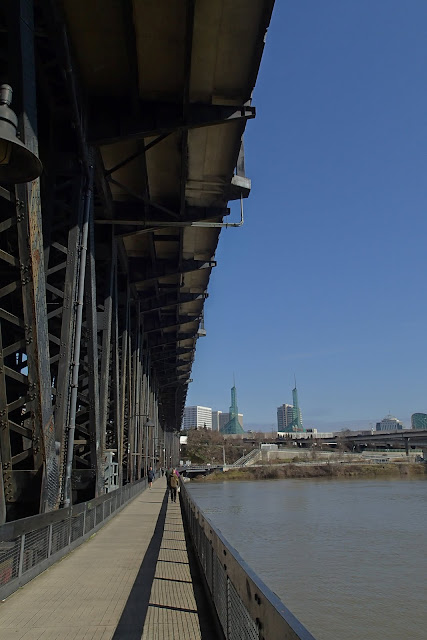 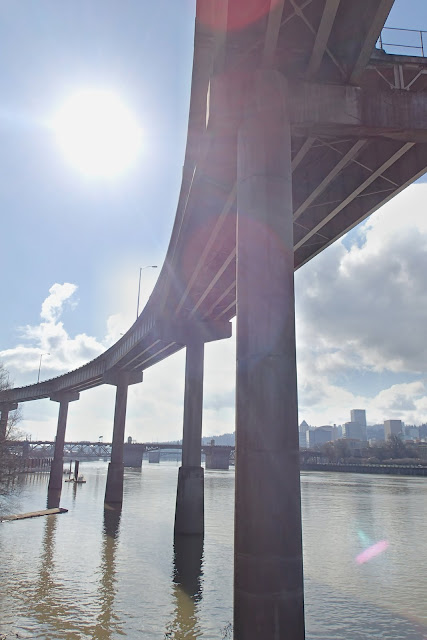 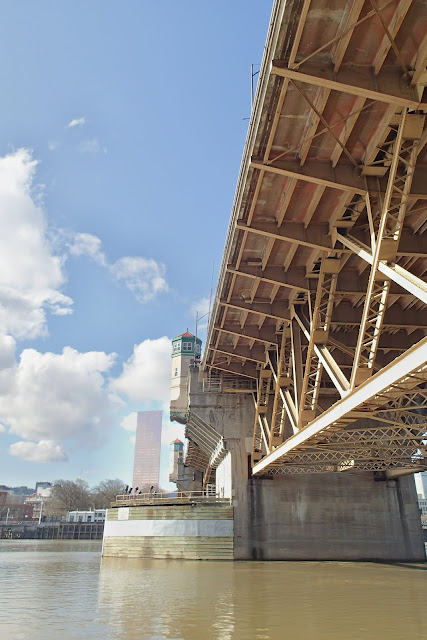 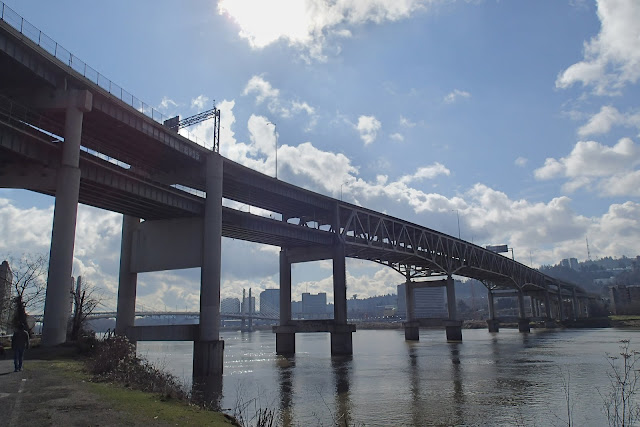 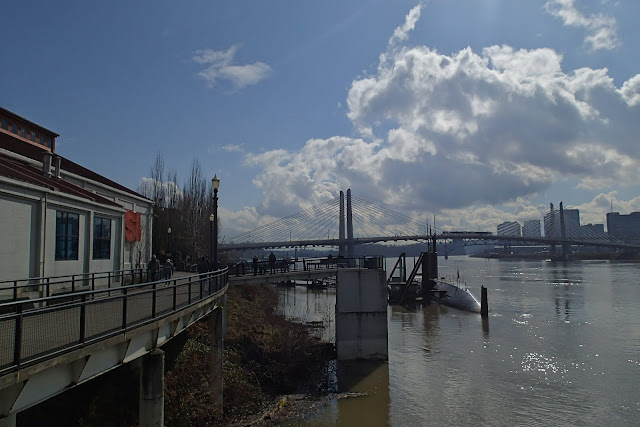 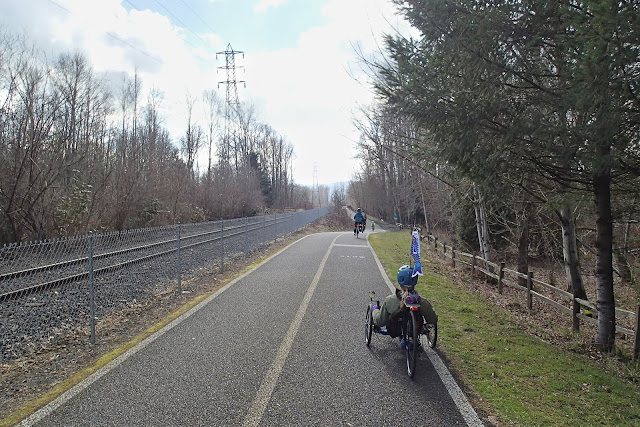 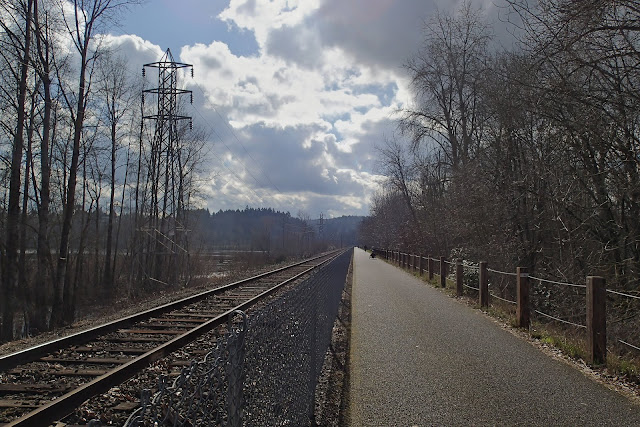