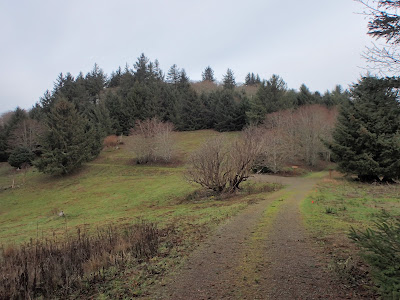 South of Pacific City, near the tiny community of Oretown, a partially-forested hill rises above the confluence of the Nestucca and Little Nestucca Rivers. Historically known as Cannery Hill, this habitat-rich prominence is now part of the 1202-acre Nestucca Bay Wildlife Refuge. 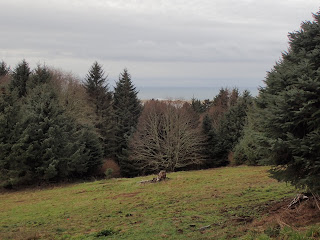 We stopped at the refuge some years back, glanced at the (then-empty) pastureland and saw what could have been an amazing hilltop view (we assumed; the hill was fogged in). We drove away. But birds come and go at their own whims, fog doesn't stay forever, and we have since returned to the refuge. It is a beautiful, peaceful place, known for sightings of Aleutian cackling geese and silverspot butterflies, as well as less-rare creatures such as black-tailed deer and peregrine falcons. Shorebirds, amphibians, salmonids, migratory songbirds, and a variety of mammals call this place home (click here to download wildlife and bird-watching guides, as well as a birding checklist). 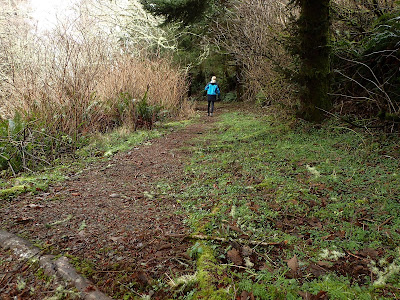 Today the refuge encompasses more than it did on that foggy afternoon. In 2013, nearly 200 acres were added: the Two Rivers Peninsula. As Cannery Hill descends northward toward the bay, it tapers to a forested point with a delightful view of the water. A visit to the peninsula offers lush coastal forest, history, birdwatching, tidelands, wildflowers, and fishing access at  Nestucca Bay. The trail's official length is 2.2 miles, but since it is shaped like a squashed figure-eight with trails leading off from either end, the route is what you make it. Much of the trail follows old roadbeds cut into the hillside; these have been connected with simple paths. Part of the peninsula was a Jesuit retreat for decades, up until its acquisition for the refuge. This hike will show you why. 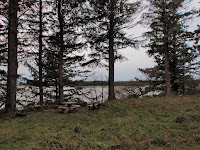 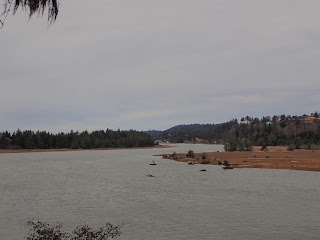 Walk into the dense woodland, thick with understory and masses of ferns.You will occasionally catch views over the Pacific and Nestucca Bay, as well as the rich pasturelands that spread eastward from the base of the hill. Songbirds flit among the bushes, while harriers, peregrine falcons, and bald eagles hunt overhead. The loudest sound you hear may well be the swish of the wind passing through the treetops; other than that, listen for the ocean's rumble and perhaps the calls of a few birds. Keep left to find a peaceful picnic area and fishing access in a small bayside clearing. Here you will also find a mysterious round installation (numerous attempts at discovering its original purpose have left us no wiser). Continue past a random piece of concrete and follow the trail briefly to find the tip of the peninsula. Here the two rivers converge and hurry toward the Pacific. Wide tidelands open out from here, offering habitat for shorebirds and salmon. Linger for a while to watch for wildlife, then consider taking a different trail back in order to look out over the Little Nestucca valley. 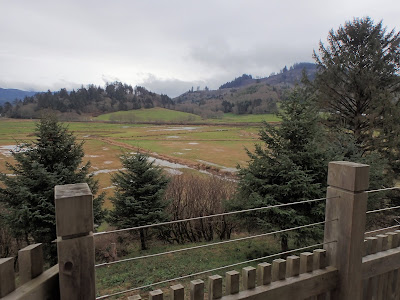 To find Cannery Hill, take Highway 101 south of Pacific City and turn west on Christensen Road, which lies just north of Oretown. The narrow, well-paved road passes through level pastureland; part of this belongs to the refuge, the rest is managed by local farmers to provide habitat for ducks and geese. Here is where the dusky Canada and Aleutian cackling geese forage. This bottomland is off-limits to humans and there are no convenient pull-outs, so drivers must continue less than half a mile up to the first parking area. Here you will find informational signage, restrooms, and excellent views of the pastures from the gazebo, especially for those who brought their binoculars.

It is recommended that visitors leave their cars here at the first viewpoint if they are able-bodied, as the next half-mile of road is even narrower (as well as unpaved) and parking at the second trailhead is limited. If you choose to walk, be alert for vehicles on the roadway; if you drive, watch for pedestrians and be prepared for the possibility of oncoming automobiles on the narrow road.

At the second lot you will find views over the ocean and forests (weather permitting), as well as a paved, accessible pathway up to a platform high on Cannery Hill (please note that all pets must be left inside your vehicle while at the refuge). This pathway is a third of a mile long and has benches along the way for those who need to stop and rest. Climb the hill for views of Pacific City's Haystack Rock, the Little Nestucca Valley, Nestucca Spit, and Capes Lookout and Kiwanda. This open meadow offers a variety of wildflowers in the spring, as well as habitat for deer and the endangered Oregon silverspot butterfly. The aforementioned Two Rivers trailhead is located at the north end of the parking lot, across from the hillside path.

This is all well and good, you may say, but what about the cannery of Cannery Hill? Isn't that a rather odd name for a hill? There was, in fact, a salmon cannery, built beside the bay in 1887. Oretown's population swelled, and Anna Christensen (presumably of Christensen Road fame) provided lodging for some of the workers in her home on the hill. It seems that the cannery's success waxed and waned over the years under a few different owners, but eventually the enterprise was abandoned. The salmon runs had been depleted, and commercial fishing in the bay was banned. Nature heals herself if given a chance, though, and today recreational fishermen pursue coho, chinook, and many other species, while crabs and clams are sought in the southern parts of the bay. 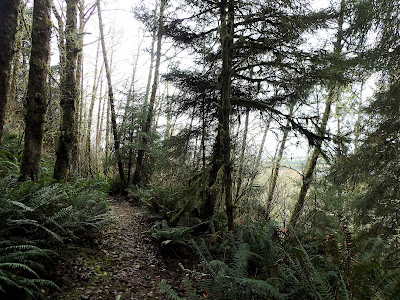 Walking through these woods on a winter day, one finds few reminders of human activity besides the trails and old roads. The rattling, leafless alders allow views of the surrounding land and water. Chestnut-backed chickadees survey hikers quizzically, as their ancestors probably viewed members of the Nestugga tribe pulling salmon from the bay, or workmen constructing a new cannery, or Jesuits meditating in the forest. And still the two rivers run together as they have for centuries, still the deer browse among the thickets, and still the chickadees go about their busyness among the winter skeletons of the sleeping forest. 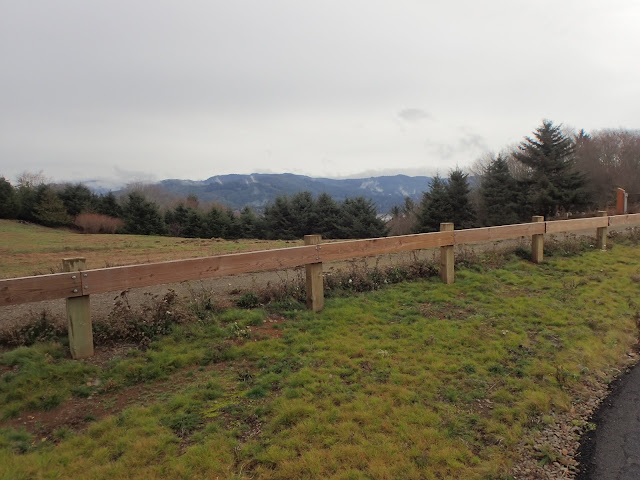 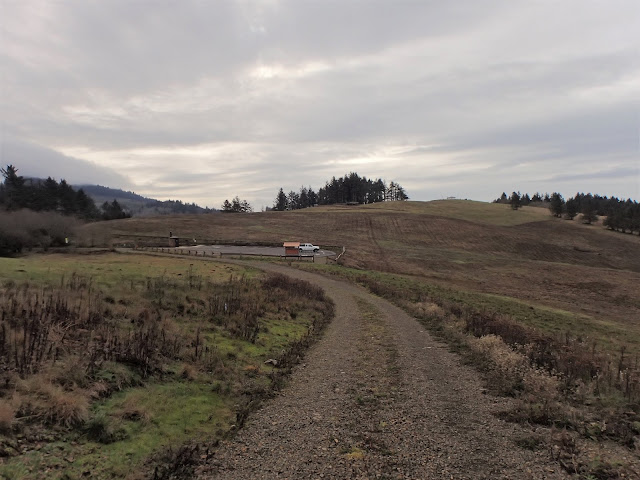 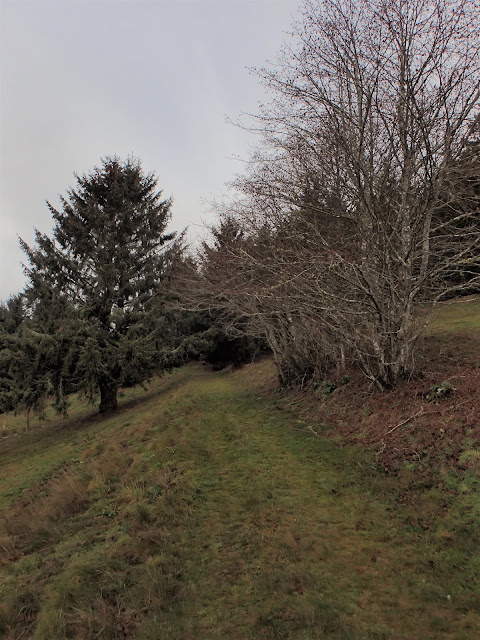 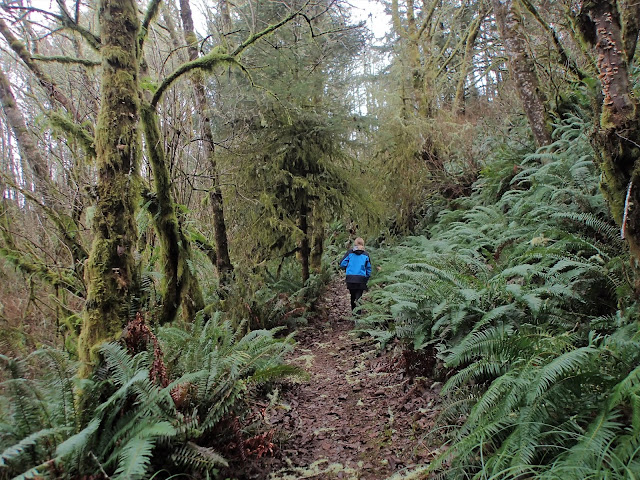 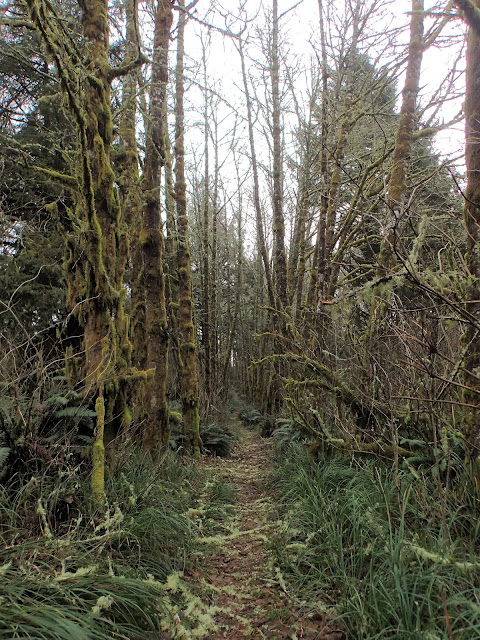 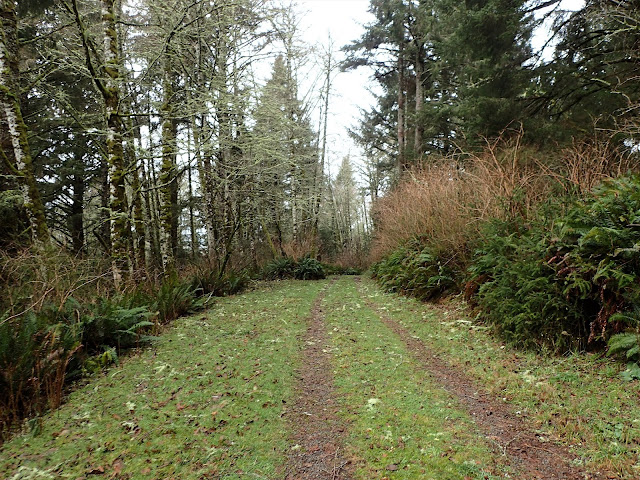 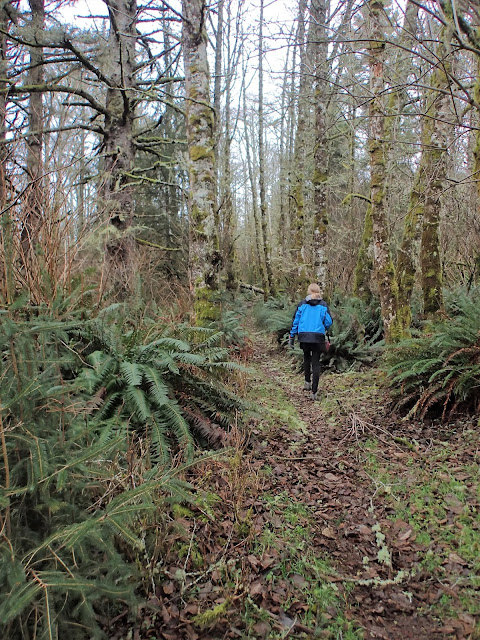 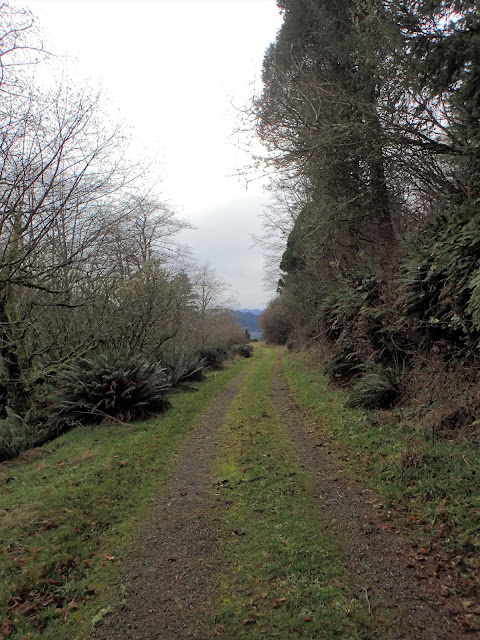