A Stop Along the Way: Cascade Locks 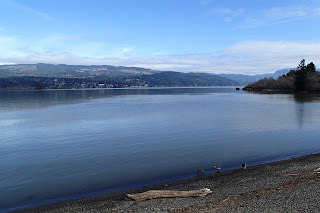 The wide, powerful Columbia River slices its way through the Cascade Mountain range, forming the dividing line between Oregon and Washington. Its home, the basalt-lined Columbia River Gorge, is widely known for its rugged beauty.  Somewhere around 1200-1400 AD, though, a huge landslide completely blocked a section of the Columbia's riverbed. According to Native American tradition, it was then possible to cross the mighty river with dry feet: clearly a gift from the gods. The original Bridge of the Gods came to an end, though; the river piled up behind the earthen dam until it was eventually breached. The new long, narrow channel became the infamous Cascade Rapids. Here the river was squeezed into what Captain Clark described as the "Great Shute" which necessitated a long portage of supplies during the Lewis and Clark Expedition. In fact, these boat-eating rapids were unrunnable even for skilled Native Americans in their canoes, although the narrow passage made the rapids an excellent salmon-fishing spot. Travelers on the Oregon Trail had to choose between braving the untamed Columbia or enduring Sam Barlow's rugged road over Mt. Hood. If they elected to float their way to the Willamette Valley, they faced a long, rough portage at the Rapids. Mules were brought in to help, followed in 1862 by the Oregon Pony, a little steam locomotive. The Columbia was the highway of the area, though, so in 1896 a set of locks was completed that allowed a detour around the rapids. Riverboats could now steam all the way from Portland to The Dalles in safety.

A small town grew up beside these locks, aptly named Cascade Locks. Houses were built for the lockmasters who worked to keep river traffic flowing. The community grew to serve fishermen, workmen, and tourists. Then in 1938 the face of the Columbia changed: the new Bonneville Dam tamed the river and submerged the rapids. The locks were no longer needed, but the little town that had arisen beside them remained. 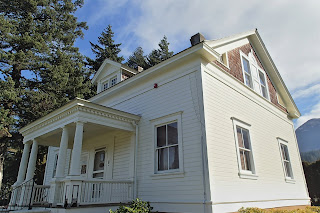 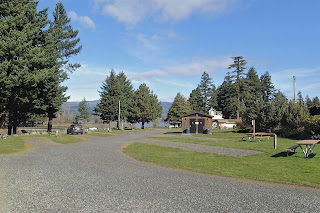 Today Cascade Locks still attracts river traffic, as well as travelers on I-84. Coming from Portland, take Exit 44 and follow signs; you will find it just off of the Interstate. Driving through town, watch on your left for the turn into the park. Here you will find a small boat moorage and a riverboat-themed children's play area. Look for a statue placed in honor of Sacagawea, the young Shoshone woman who guided the Lewis and Clark expedition while carrying her baby. The other end of the park holds an excellent historical museum, which makes a great spot to get out of the Gorge wind for a while and learn about the area. You will also find some well-preserved lockmaster's houses, a shed filled with antique farming equipment, and the actual Oregon Pony. Walk along the river to see the upper part of the original locks; the lower part, of course, is now submerged due to the dam. Next to the locks you will find a boat ramp and a modest campground.  Angling from the locks is a popular pastime here, and you will see several Native American fishing platforms perched above the water. Walk over a footbridge to explore Thunder Island, which was created when the channel for the locks was dug. Now a pleasant little park, the island is popular for parties and weddings. The Port of Cascade Locks also owns a sternwheeler which offers visitors a chance to get out on the river during the months of May through October. 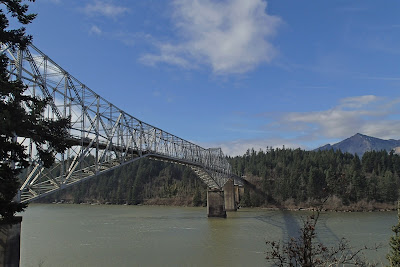 Back in town you will find lodging and a few shops and restaurants. While we keep our blog commercial-free, no trip to Cascade Locks is complete without a milkshake or, better yet, a giant ice cream cone from a certain small cafe on the main street. Heading west through town, it's impossible to miss the modern-day Bridge of the Gods, a steel cantilever bridge spanning the Columbia. Owned by the Port of Cascade Locks, this toll bridge ($2 per vehicle at this writing) offers a vertiginous passage to Washington on its metal grid; however, the bridge has another claim to fame.

The Bridge of the Gods is, in fact, the lowest point on the renowned Pacific Crest Trail, and thru-hikers cross the Columbia on this bridge. The little community of Cascade Locks is the largest town on the PCT and it makes a welcome stopping place for hikers before they cross the river in their push towards the Canadian border. Stop in the small parking area just south of the bridge to walk over the river (pedestrians cross for free). Some visitors get a tiny taste of the PCT by hiking south from here to Dry Creek Falls; for more hikes, be sure to check the excellent website maintained by the Friends of the Columbia Gorge. Many of the routes in this area were heavily damaged during the Eagle Creek Fire of 2017, so you will need the most up-to-date information. 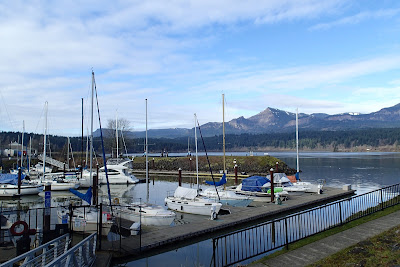 Driving through the Gorge on Interstate 84, it's tempting to breeze right by the modest community of Cascade Locks. Take a little time, though, and you will find a place that is quintessentially Oregon: history, trees, fishing, breweries, hiking, boating, incredible scenery...the list goes on. Stop where Native Americans walked across a mighty river dry-footed, then later netted salmon out of the rapids, where Oregon Trail pioneers paused as they floated the wild Columbia, where PCT thru-hikers pitch their tiny tents beside RVs in the waterside campground. Visit the locks where stairs descend into the water, going nowhere, their purpose gone, and yet visitors come from far and wide to see them. Plan to stop for a while in Cascade Locks, or, like us, plan to spend the better part of a day. Bring a jacket against the Gorge winds, bring a camera. Check out the museum. Go for a hike. Try the ice cream. You'll be glad you did. 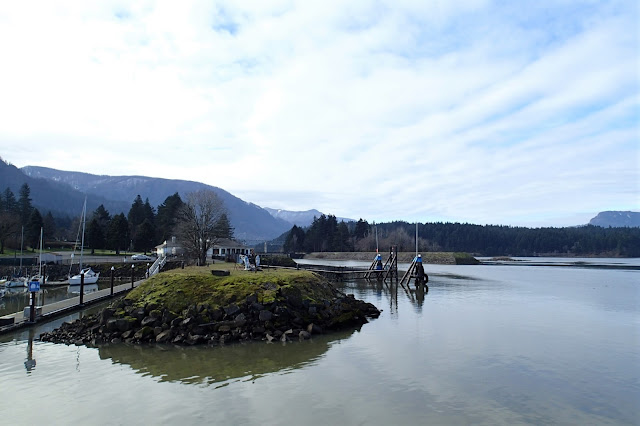 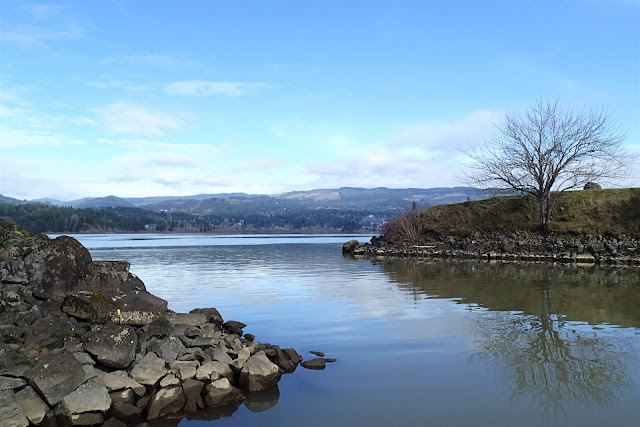 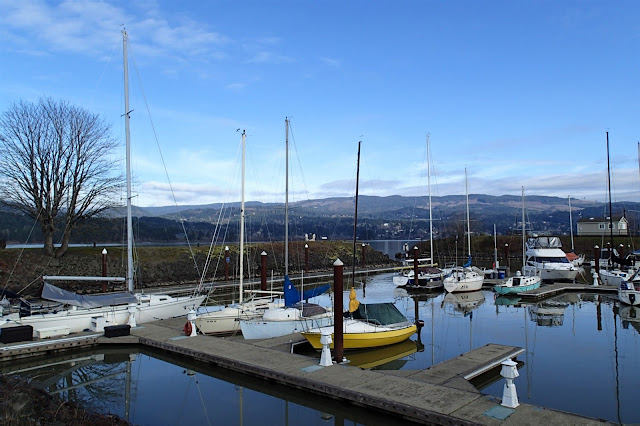 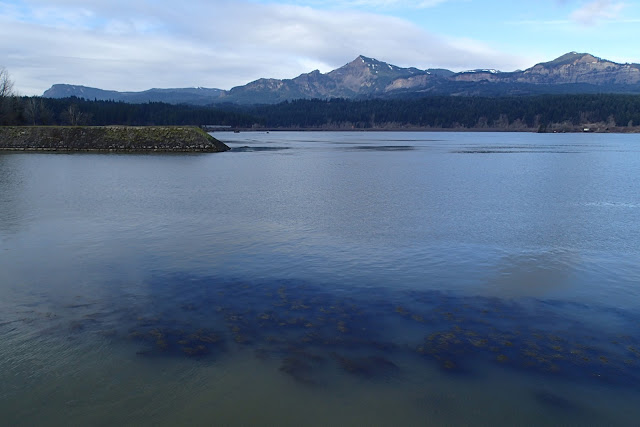 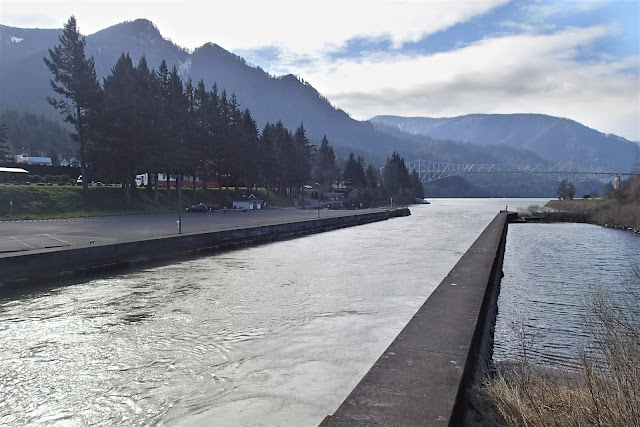 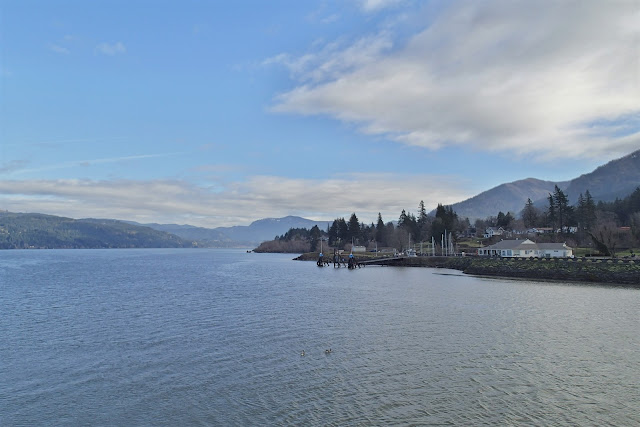 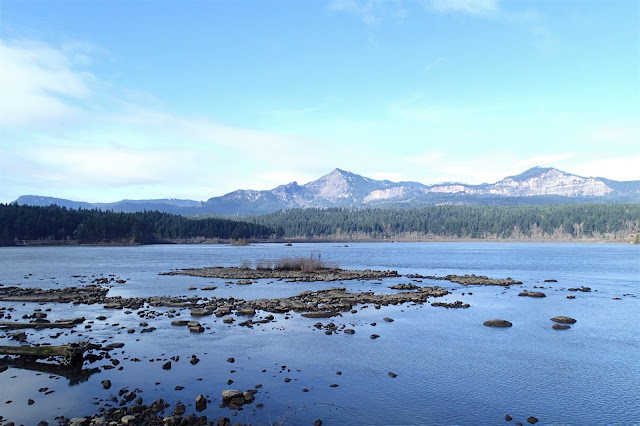 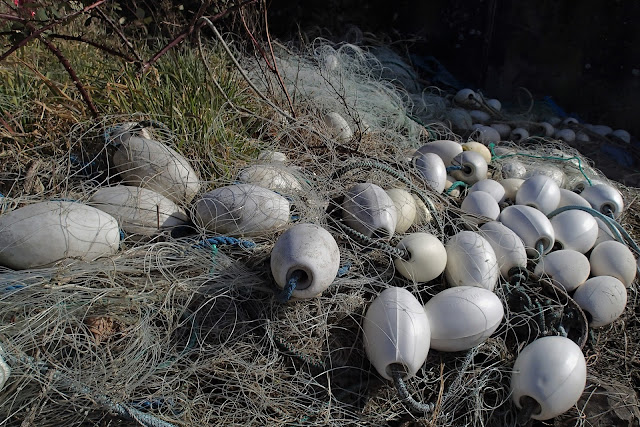 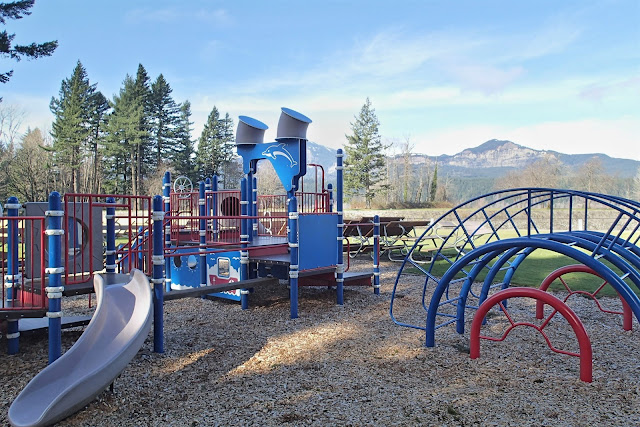 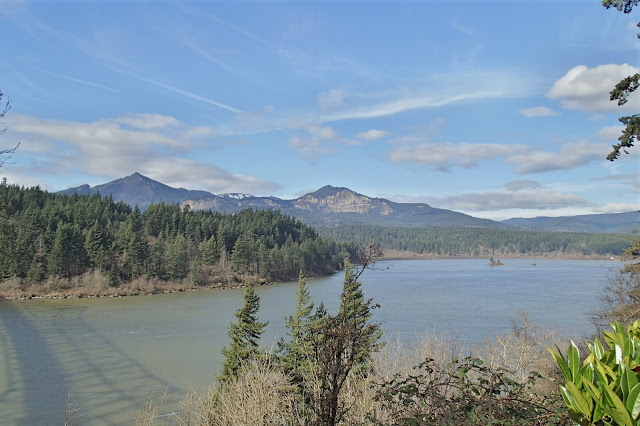 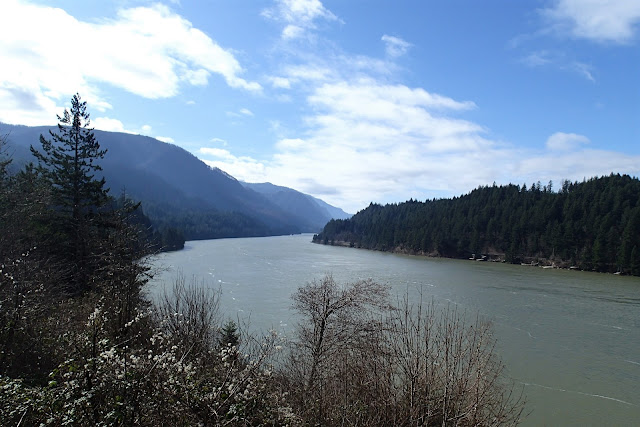