A Day by the Bay, Part One: Barview Jetty 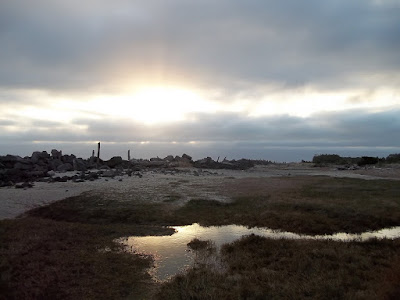 Oregon's north coast is a highly popular place to visit all year long. Highway 26 leads out of Portland, heads over the Coast Range, and ends near touristy Seaside. A short drive north leads to artsy Cannon Beach and historic Astoria. While these are excellent destinations (we like them ourselves), when winter lingers long and we need a getaway, we head for a less-traveled part of the north coast: Tillamook County. Of course, that may entail taking winding, narrow Highway 6. Branching off of Highway 26 near the little town of Banks, it twists and gallops over the hills, roughly following the Wilson River. This route is absolutely worth the drive, road conditions permitting. The wild Wilson is known for its limpid, blue-green water and excellent fishing. In addition, Highway 6 passes through the Tillamook State Forest, which is filled with recreational opportunities. Camp, hike, ride ATVs, mountain bikes, or horses. Stop at the visitor's center. But wait...we were going to Barview! 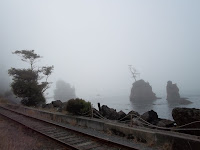 Whether you take Highway 6 or drive to Tillamook from another coastal town, simply head north up Highway 101. You will drive along the edge of Tillamook Bay, through modest Bay City and salty Garibaldi to Barview. If you should find yourself in Rockaway, turn around. You blinked and missed it! 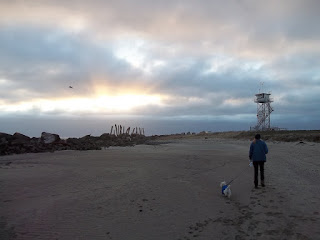 Barview is an interesting, if tiny, settlement. This area was originally inhabited by the Tillamook (or "Killamook") people, who were known for their skillfully-woven baskets and high-quality canoes. By 1900, the community of Barview had formed on the east bank of the bay. In 1908, the Tillamook Bay Lifesaving Station was built here; in fact it still remains, abandoned and derelict, facing an uncertain future. Meanwhile, Barview became a popular jumping-off point for visitors headed to the growing city of Bayocean. A jetty was built on the north side of the bay, but the south side waited many years for its jetty. In the meantime, Bayocean Spit was breached and the town was lost to the sea. Barview, however, stood strong on its sturdy bank. These days, Highway 101 runs alongside the bay with a strip of railroad tracks in between. Homes perch on the narrow sliver of ground betwixt the tracks and the bay. 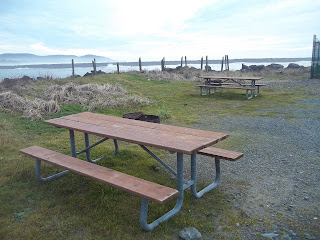 Look for a humble street heading seaward over the train tracks to Barview Jetty Park. This county park seems to have been built in fits and starts, but they have included almost everything. Park your RV in a wide-open lot? No problem. Tuck your tent into a cozy, treed hideaway? Got it. Rent a cabin? Got that, too. Camp near the jetty itself, exposed to the wind and spray? Certainly. The scent of the ocean breeze mingles with the aroma of campfire smoke as evening creeps in.

Not here to camp? There are also two free day-use areas. To reach the first, look to your left at the campground entrance for a small parking lot. This peaceful stop has views over the bay itself and is a good place to relax and watch fishing boats go by. Notice the tip of abandoned Bayocean Spit across the water. There is an old concrete structure here that makes a good lookout.

To find the second day-use area, keep going on the road to your left. You will soon be on the base of Barview Jetty itself. Simply pull up and park alongside the channel to watch ocean swells push past the infamous Tillamook Bar, one of the roughest on the coast. No less than five rivers rush through this relatively small gap, and no photograph can truly capture the power of the wrestling water. While many people walk out the jetty to fish, be aware that large waves can suddenly sweep over and pull you in. Click here for maps of the bay and extensive information on safely fishing and clamming in the wide, sometimes treacherous basin. 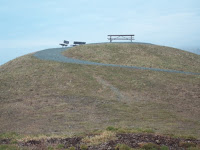 Look on the north side of the parking lot for a short trail to a half-mile-long ocean beach. You will also find a little bald hill with viewing benches at the top. Its graveled path is long and smooth, so it could potentially be accessible for wheelchairs. This hillock looks out over low, rolling dunes as well as the beach. Bring binoculars to watch for wildlife. 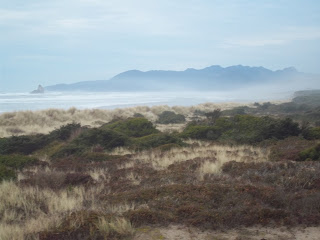 Barview Jetty is a simple park in an often-missed part of the coast, but the locals and the fishermen know it well. If you plan to stay, be sure to book a spot ahead of time if you can (be aware that its popularity makes for relatively high camping fees). Alternately, try Nehalem Bay State Park north of Rockaway or Cape Lookout to the south. Either way, you will discover the north coast's "Roads Less Traveled." 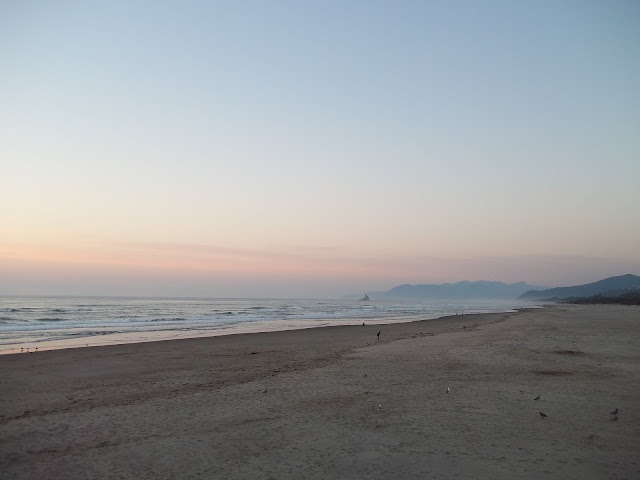 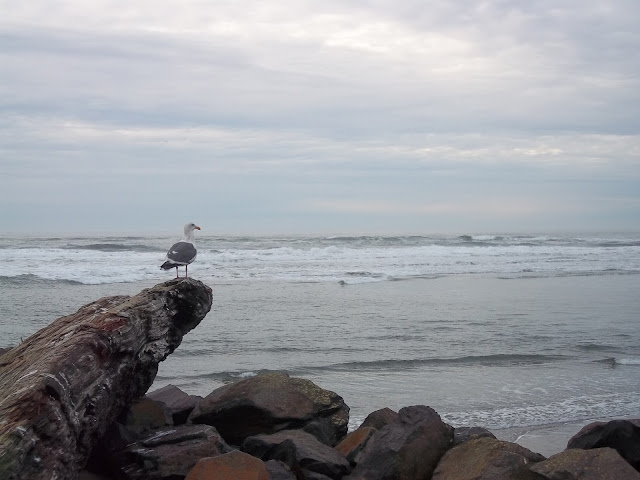 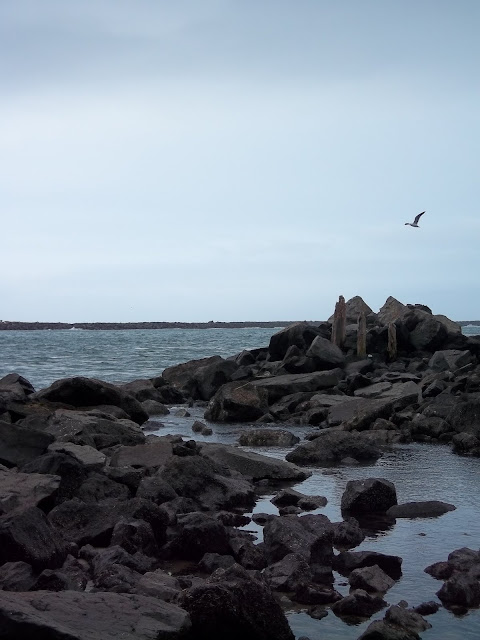 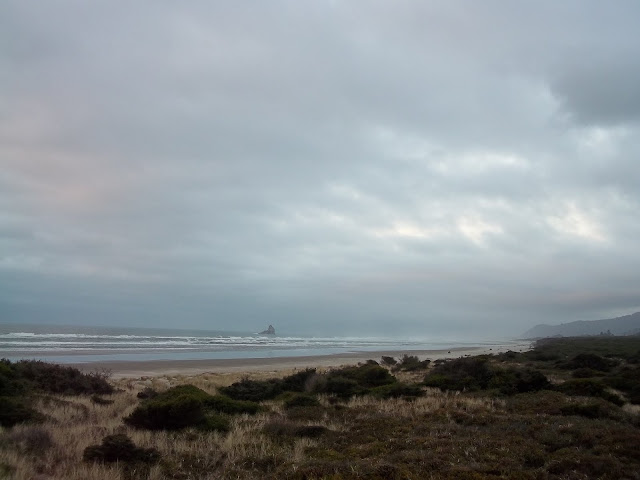 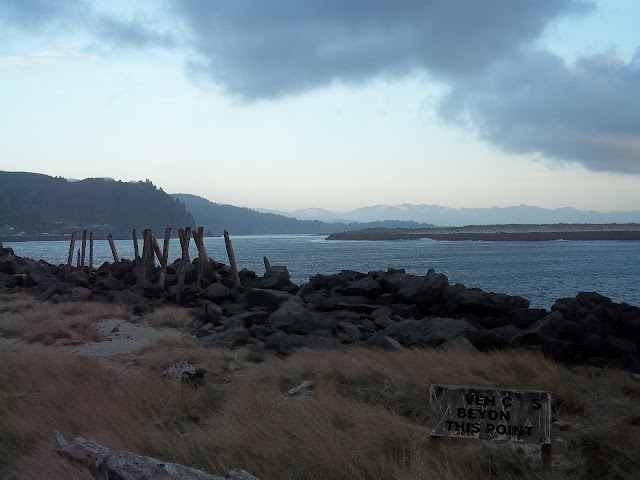 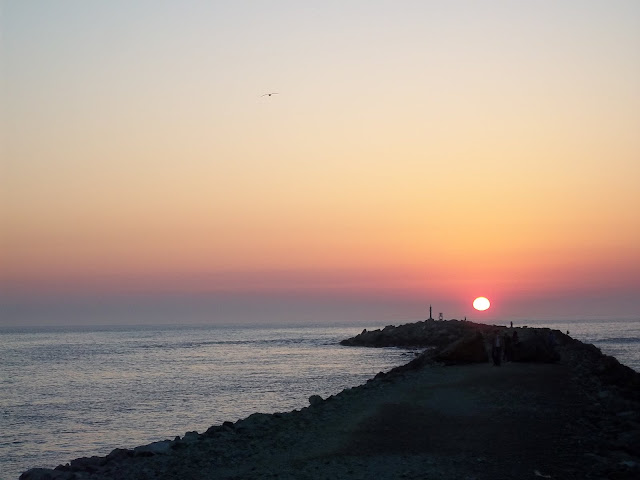