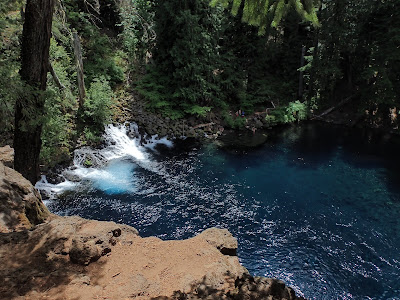 From its birthplace in Clear Lake, the spirited McKenzie River twists and turns down Cascade slopes, plunges over waterfalls, piles up in reservoirs, and then...it disappears underground.

This is volcano country, and anything is possible for water in such porous, tunnel-ridden earth. Clear Lake reportedly gets much of its water from Fish Lake, which in turn receives much of its water from Lost Lake. Look around in the woods above Lost Lake and you will find snow-melt springs which flow into the lake. It really isn't surprising, then, that the McKenzie re-emerges, whole and hearty, about three miles downstream into a deep, intensely blue pool set in a basin of volcanic rock.

1600 years ago, a lava flow covered this three-mile section of the McKenzie; the cold, clear water bubbles up into Tamolitch Blue Pool below the cliffs of often-dry Tamolitch Falls. The McKenzie's flow was further changed in the 1960s when water was diverted for hydroelectric power, so if you hike this trail you have a good chance of seeing a stunning, sapphire pool appearing as if by magic and then rushing on as the McKenzie river. 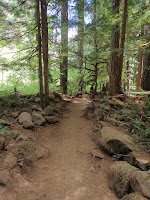 Blue Pool lies alongside the McKenzie River Trail, a 25-mile path from Clear Lake to the lower trailhead west of Paradise Campground. To access the trail for the Blue Pool hike, drive on Highway 126 for 14 miles east of McKenzie Bridge to the north end of Trailbridge Reservoir (coming south from Highway 20, start watching on your right after passing Carmen Reservoir). There is a small power station and a gravel road (FSR 730) which leads half a mile to the trailhead. If you are up for a little extra hiking, we advise you to park in the wide area next to the highway and walk the half mile, as parking is scarce and this is a popular hike. 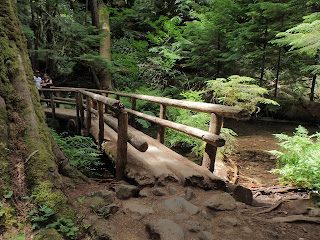 You will not be alone; in fact, this is a great hike for people watching. During my recent visit I saw a young couple, hand-in-hand, bearing a goodly load of brand-new survival gear, closely followed by a man in flip-flops pushing a child in an umbrella stroller and blaring country music. Don't be deterred by the parking issue, the crowds, or the general free-for-all atmosphere; this is one of the most beautiful destinations in the state, and along with pretty much everyone else and their dogs, you must go see it. 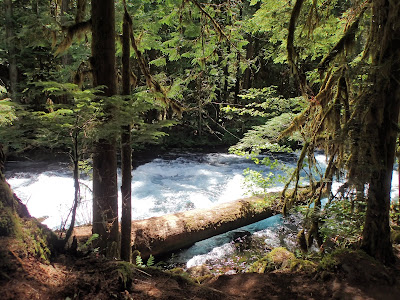 The trail begins at the end of the parking lot. The first half of the two-mile (one way) walk passes through lush woodland alongside the cheerful McKenzie. It is an easy, flat, smooth passage, one that lulls the flip-flop wearers (and there are many) and the stroller-pushers (we just really can't recommend this). Wind among the trees and brushy western-Oregon undergrowth; at this point, the only barriers are occasional roots and perhaps a muddy spot or two. Be aware that the entire McKenzie River Trail is a Mecca for mountain bikers; watch and listen, and give them plenty of space in the more challenging areas. 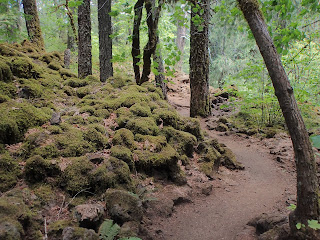 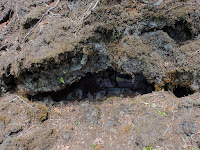 And at about the halfway point those challenging areas begin, as the trail climbs into the lava flow. This is an older flow than some, so there are trees to shade the trail, but the understory is partially replaced with mounds of volcanic rock and the trail becomes rocky and uneven at times. It is still quite passable, but it's not as maintained, and rocks can roll under your boots (do wear boots, this is a lava flow and you can cut your feet). Look for fissures and cracks in the lava, which demonstrate the porous nature of the earth in this area. By now you have left the river and climbed into dry woods. Watch for viewpoints high above the water, wind among mounds of rock, and suddenly find yourself on a cliffside above the bluest pool you have ever seen. Unless you are there at a wet time of the year there will be no water coming over the falls, just a flow near the base of the cliff. 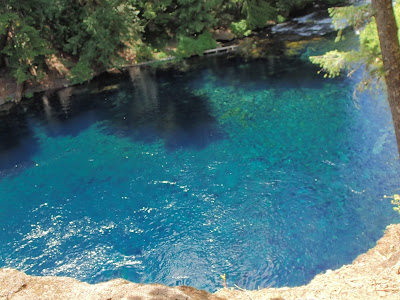 "Tamolitch" means "bucket," and this pool lies in a basin of rock with cliffs all around. It is possible to pick your way down for a closer look, but be careful and remember that you have to get back up to the trail. People will likely be swimming, but this is discouraged. Admittedly, on a hot day the beautiful water looks very inviting; however, people have been injured and even killed by swimming in this pool. The water here is 37 degrees Fahrenheit pretty much all year long, and the pool itself can be challenging to crawl out of. In addition, the water is so crystal-clear that the depth is deceptive; it appears to be several feet deep, but in fact the depth ranges from around 18 inches to over 30 feet. As a result, diving in can be dangerous, and the nearest place to even try to make a phone call is two miles away at the trailhead. In short, we recommend, as does the Forest Service, that you admire this stunning sight from the shore.

Return the way you came, pausing to admire the river, its lava flow, and the cool, dense forest. This can be a good hike for older children, but the little ones may become weary (and teary) during the second half. Allow plenty of extra time to check out the woods and the rocks, and bring snacks and drinking water. Keep children close; even in the forest half of the hike, there are dropoffs into the river and frequent cyclists along the trail.

Tamolitch Blue Pool is one of the most popular hikes in the McKenzie River area, but it should be on the "bucket list" of any Oregonian who can manage the trek. Don't avoid it because it's well-traveled, it's crowded for good reason. Just go. 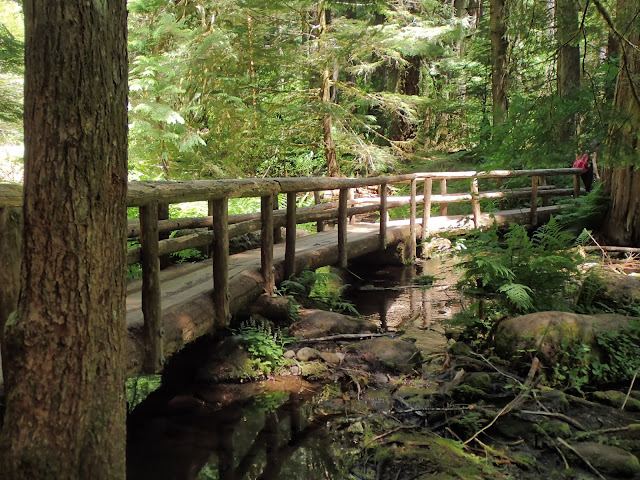 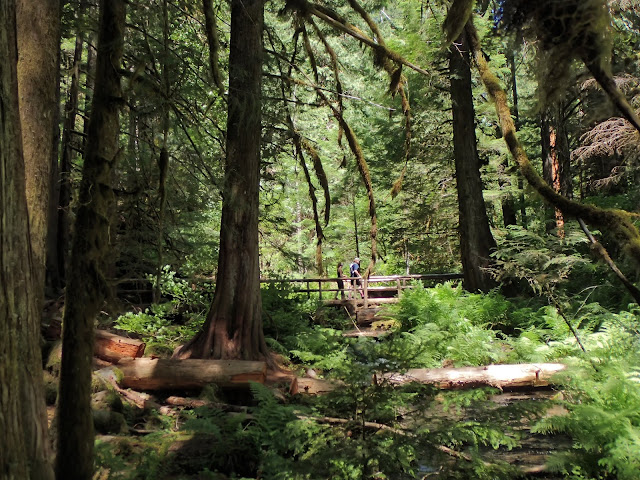 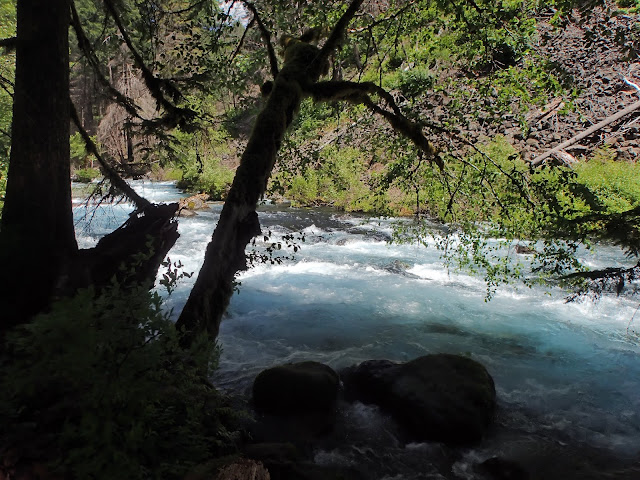 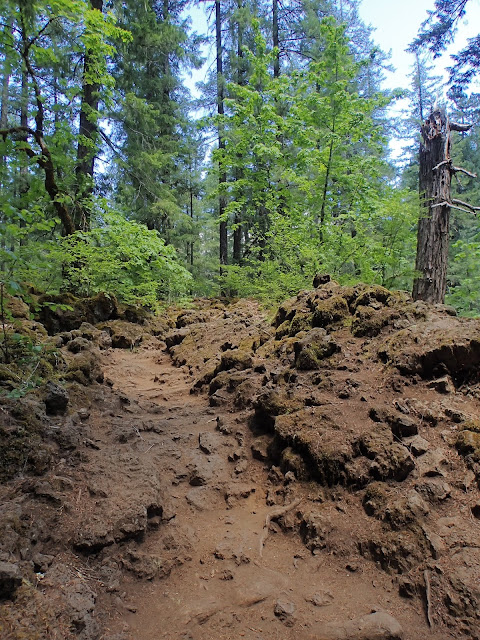 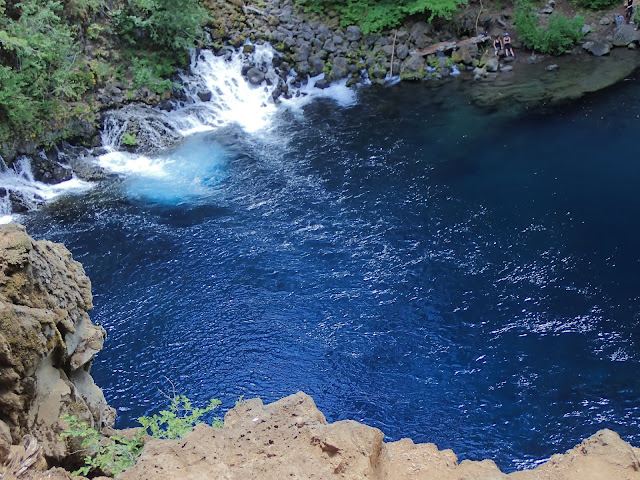 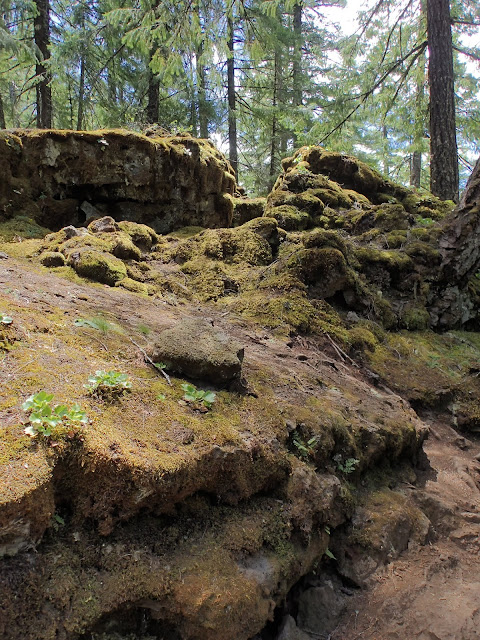 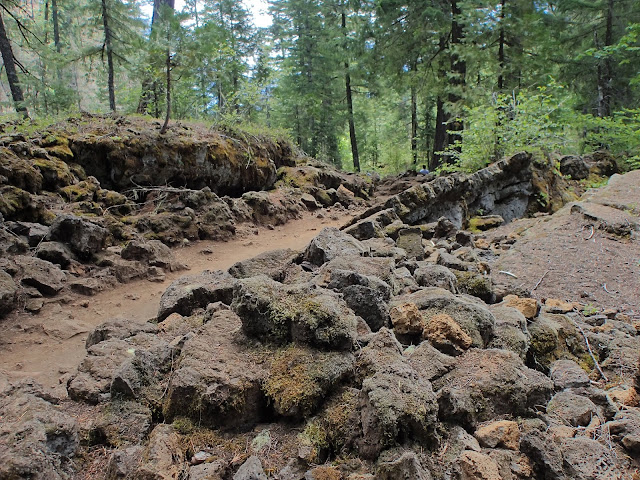 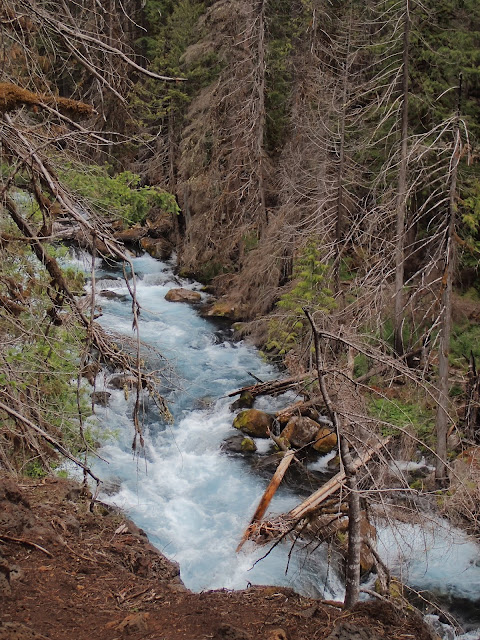 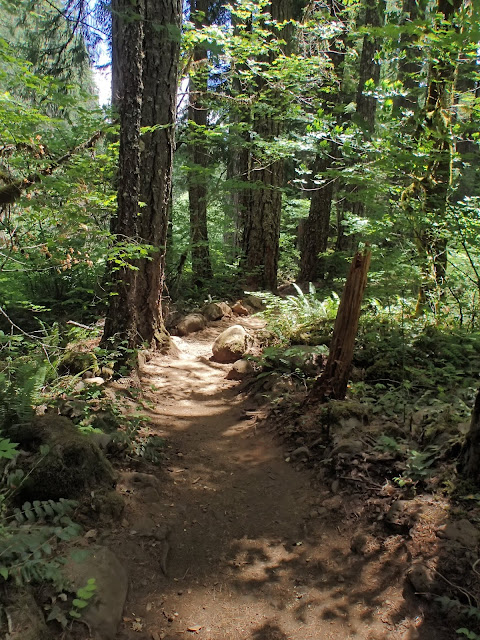